An important sculpture by pioneering 19th century artist Edmonia Lewis has been put on public display at Mount Stuart for the first time. The Bust of Christ will be put on permanent display in the Entrance Hall at Mount Stuart from October 2021, as a part of Black History Month Scotland's programme. 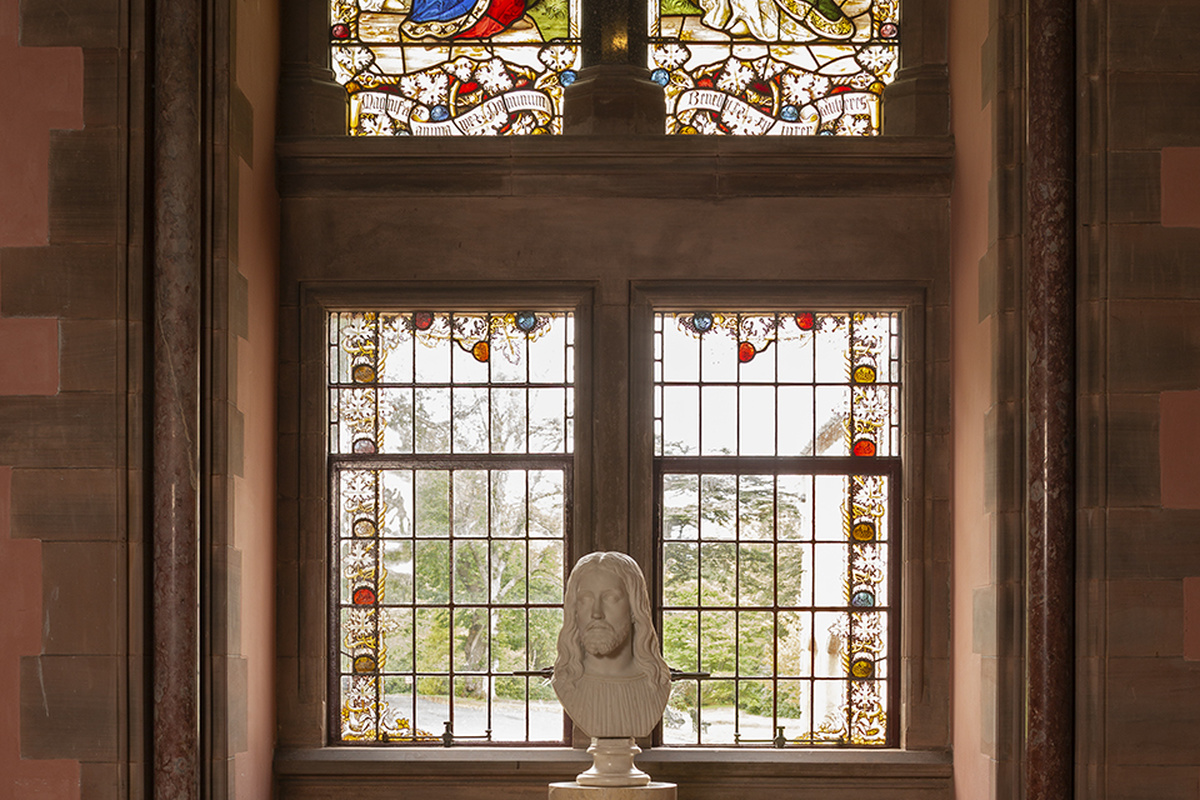 Active between the 1860s and 1890s, Mary Edmonia Lewis was a pioneering 19th century American artist. She was the first Black and Indigenous (Ojibwa) person to work abroad and achieve international recognition and acclaim for her work as a sculptor.

The marble sculpture Bust of Christ (1870) is a part of the Bute Collection at Mount Stuart, and was purchased in Rome in 1870 by John Patrick Crichton-Stuart, the 3rd Marquess of Bute (1847 - 1900). The 3rd Marquess, like Lewis, was a convert to the Roman Catholic faith.

The Bute Collection's Bust of Christ is one of only two works by Edmonia Lewis held in public collections in the UK, and her only work in Scotland. It is also one of the few religious-themed sculptures by Lewis that still survives today. Mount Stuart hopes that by putting the Bust of Christ on display, that awareness of her work will continue to grow and new discoveries can be made.

The sculpture has been put on display in October to coincide with the celebration of Black History Month. Mount Stuart will host an exciting online round table event on 22 October 2021 to introduce audiences to Edmonia Lewis's extraordinary life that defied the restrictive 19th-century norms of gender, class, and race.

Speakers at the roundtable include:

Kirsten Pai Buick - Professor of Art History at the University of New Mexico and author of Child of the Fire: Mary Edmonia Lewis and the Problem of Art History’s Black and Indian Subject.

Susannah Thompson - Professor of Contemporary Art and Criticism and Head of Doctoral Studies at The Glasgow School of Art.

Charmaine Nelson - Founding director of the Institute for the Study of Canadian Slavery and author of the book The Color of Stone: Sculpting the Black Female Subject in Nineteenth-Century America.

The roundtable is a free event and is open to all. It will be hosted on Zoom. You can book your place on Eventbrite here.

We hope to see you there!