Funded through the Scottish Government’s New Scots Refugee Integration Delivery programme, the purpose of the project is to create scope for positive community links and to improve on language learned in a classroom for new Scots. The Sawa project matches these new Scots with local volunteer mentors with the broader aim of practicing language skills as well as trying new things together; such as tree planting.

In Syrian Arabic, the word for ‘together’ is Sawa. Aptly named, the Sawa project looks to provide positive opportunities and a way for local people to get to know the new Scots living on Bute, by working in partnership and sharing experiences. 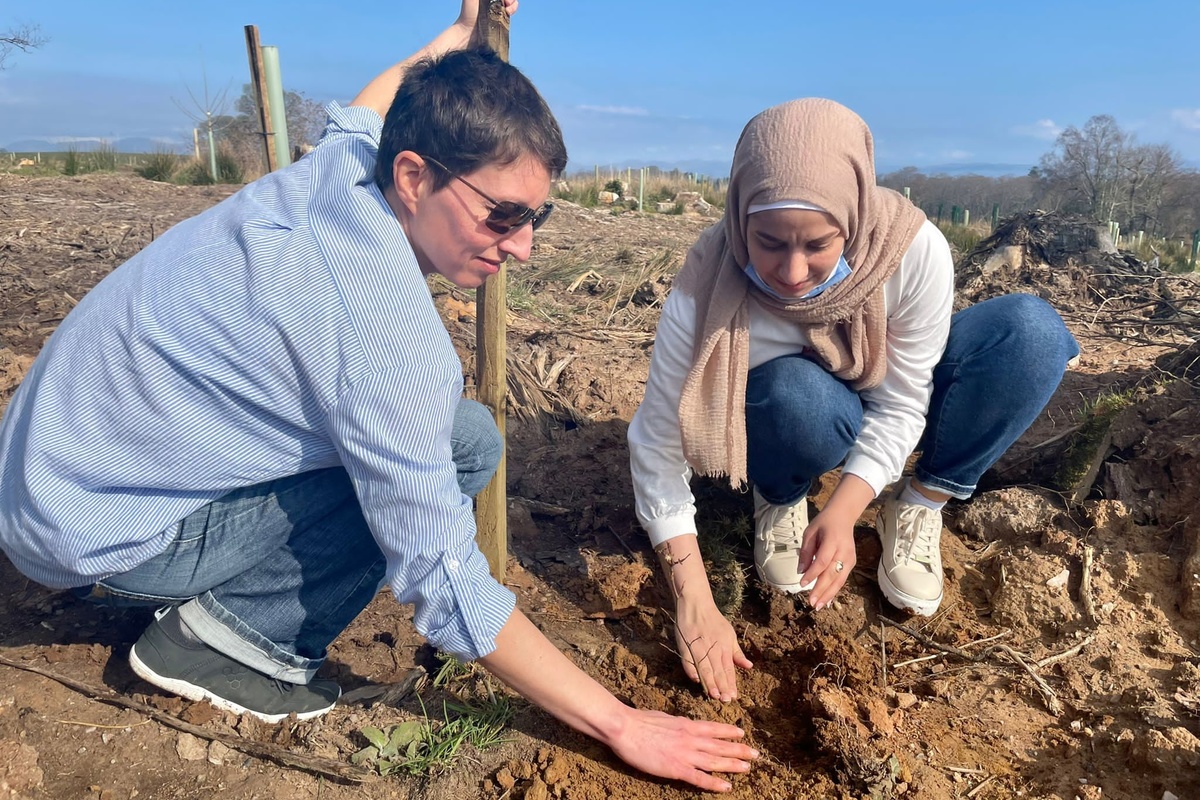 On Friday 25th March, 21 adults and 4 young children joined with Mount Stuart staff to add more trees to the 4,000 recently planted native species at Calvary Pond, a garden set to open to the public later this year. The volunteers got a first glimpse at the newly restored site, and at the end of the morning, the team’s efforts were rewarded with treats from Mount Stuart’s Courtyard Cafe.

Alongside the volunteer programme at Mount Stuart, Argyll and Bute Council are delivering ESOL classes, focusing on the language that is needed for the courses being developed as part of the project. 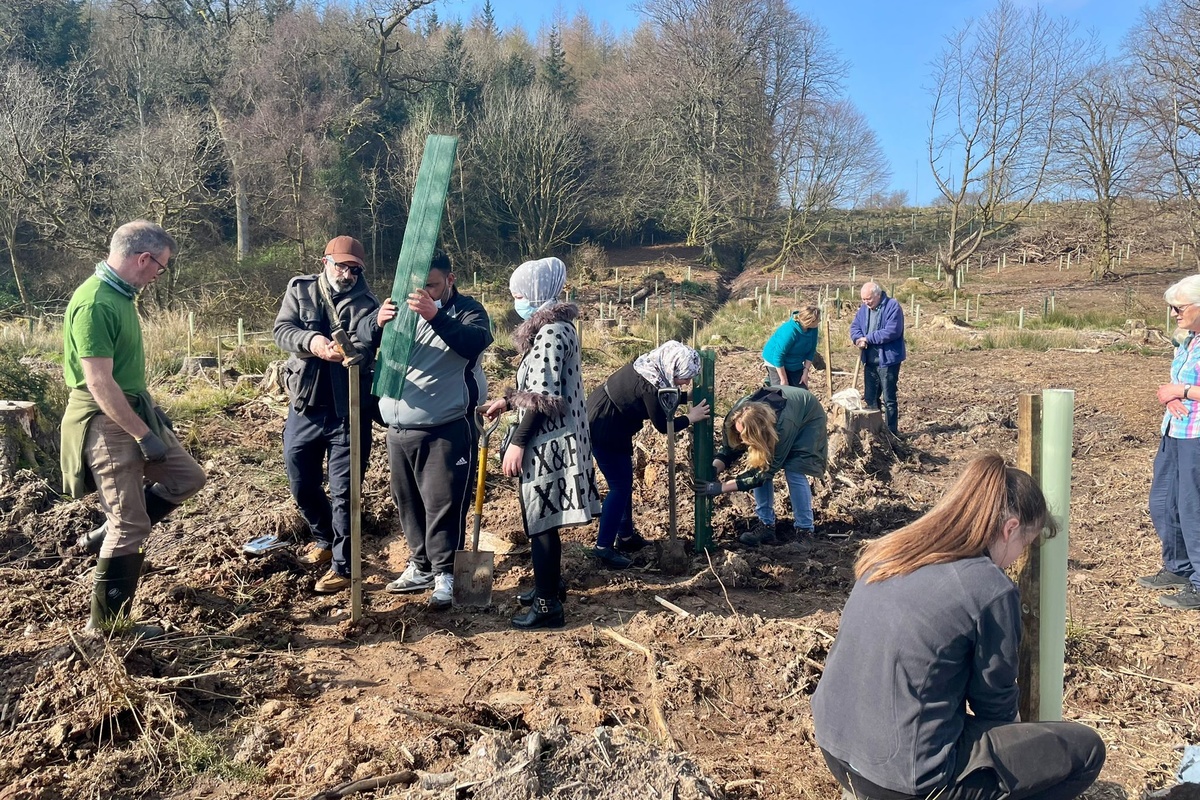 The Sawa project runs from November 2021 to Autumn 2022 and is funded through the Scottish Government’s New Scots Refugee Integration Delivery programme.