The Bute Map of Singapore makes its debut in Singapore

The Bute Map of Singapore makes its debut in Singapore

﻿The Bute map of Singapore has just made its first trip to Singapore to be included in the bicentennial exhibition of the founding of Singapore ‘On Paper: Singapore Before 1867’.

Our archivist, Lynsey Nairn, travelled over with the map in order to supervise the installation. Here, she tells us about the significance of the item and its installation: 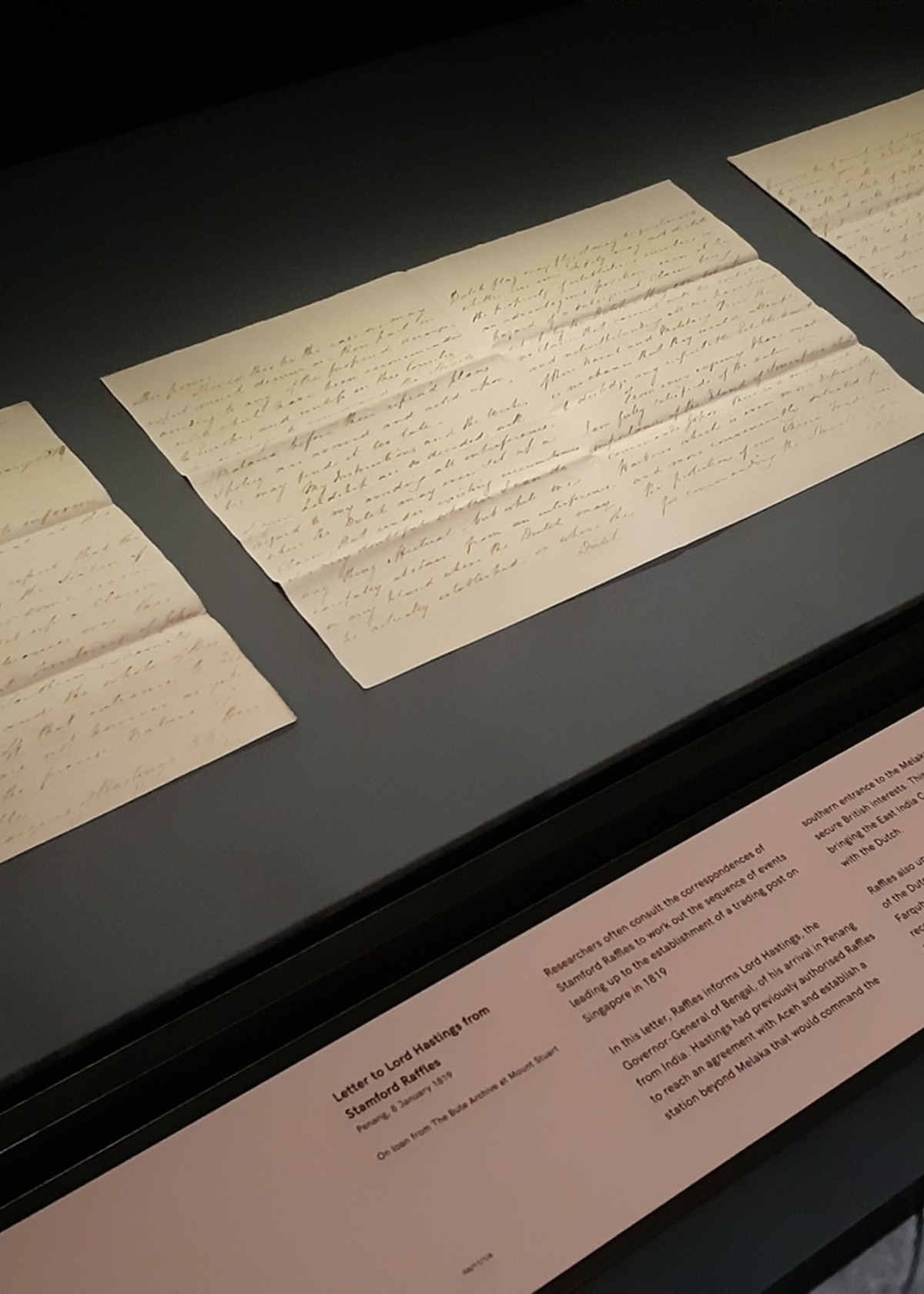 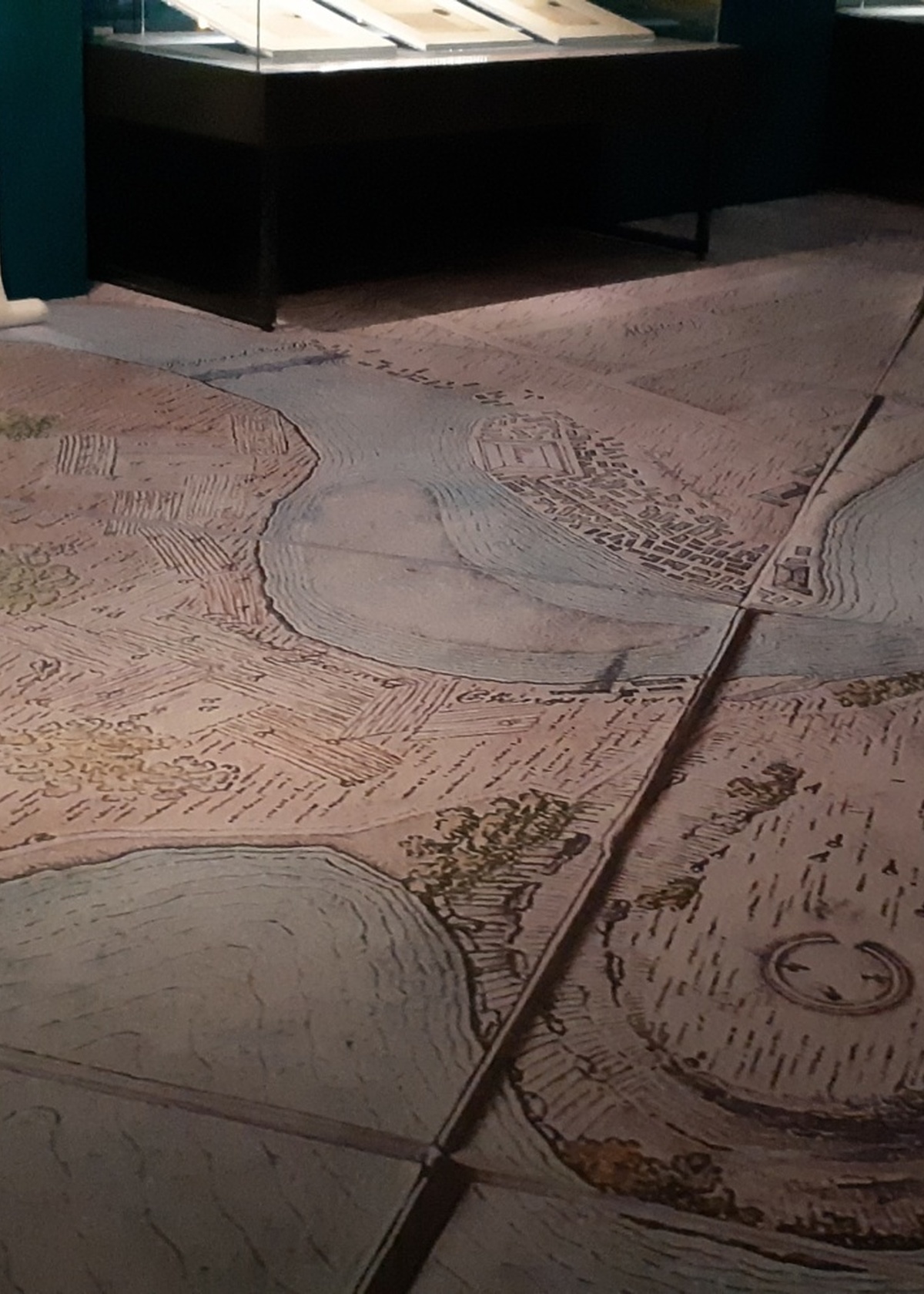 The map and the letters in the exhibition belong to the Hasting Papers in the Bute Archive. Francis Rawdon Hastings (1754-1826), 1st Marquess of Hastings, served as Governor General and Commander-in-Chief in India. Hastings’ daughter, Sophia, married John Crichton-Stuart, 2nd Marquess of Bute and their son, John Patrick Crichton-Stuart (1847-1900), built the Mount Stuart we know today.

‘When Raffles sailed from Calcutta on 7 December 1818 as Agent of the Governor-General with instructions to establish a British trading post, Hastings’ last words to him were, ‘Sir Stamford, you may depend upon me’. Dr. John Bastin, The Founding of Singapore, National Library Board, Singapore, 2012.

I was one of several couriers installing items and material into this exhibition; others included: 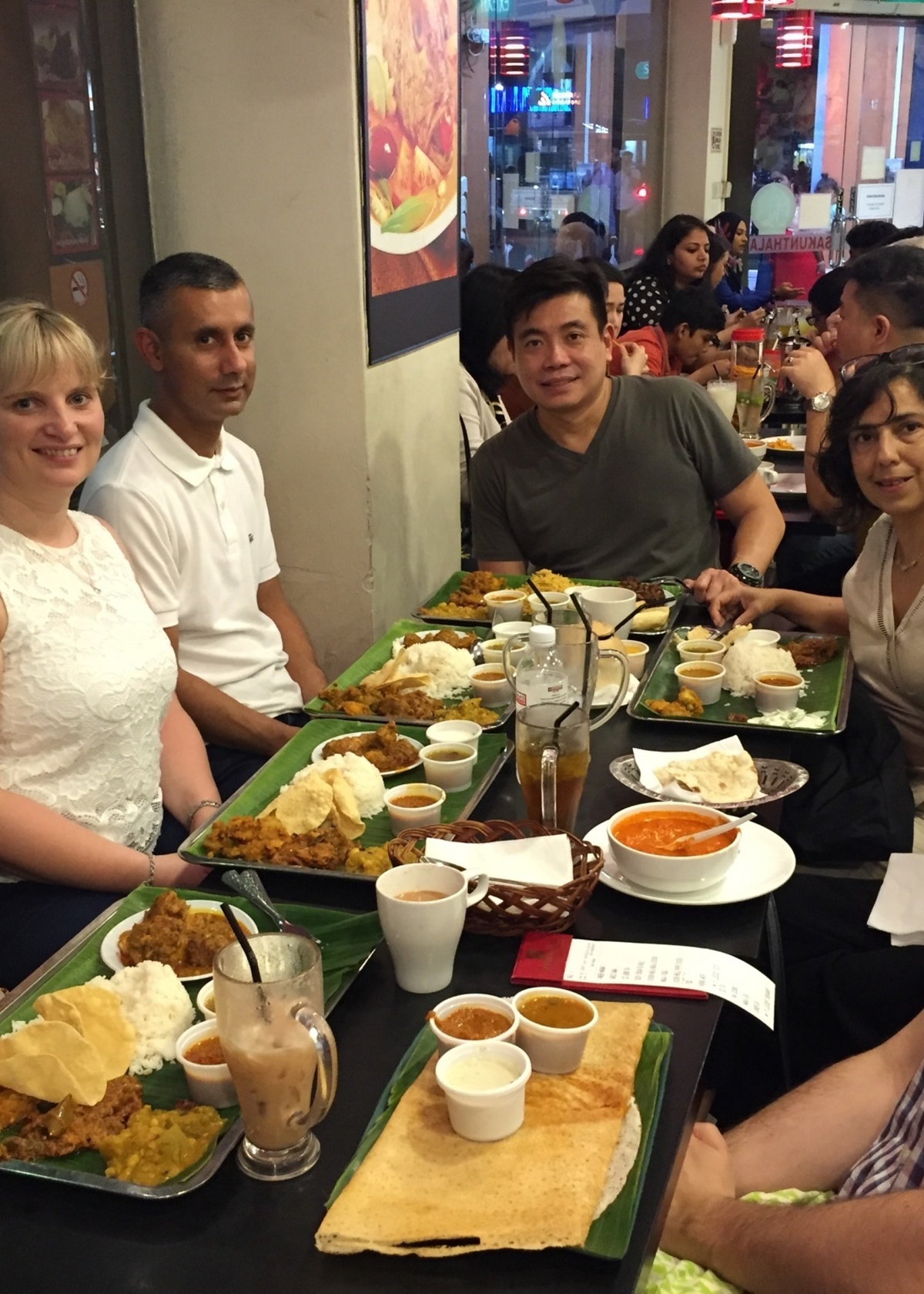 In addition to the map of Singapore, the exhibition also utilised the Bute map. Our map was copied and used as the flooring for one section of the exhibition. It took me a little time to get my head around it, as I felt like I was walking all over our own map!

The exhibition opens on Friday 27th September and the final day is Sunday 22nd March 2020. So if you're travelling to Singapore during this time, the exhibition is well worth a visit!