Bute Fabrics was set up in 1947 by the 5th Marquess of Bute, originally called Isle of Bute Industries it became Bute Tweeds and later Bute Looms, producing hand-loom woven tweeds. The apparel fabric was hand woven at the top of the mill, in the area that now houses the design studio, on Hattersley Dobby Looms. These looms were produced by Geo. Hattersley in West Yorkshire and included a ‘dobby’, a mechanical lifting device that allowed for the weaving of more intricate patterns. Perfect for weaving fashion forward fabrics!

During the mid to late 60s Bute Looms produced fabrics for French designers such as Balenciaga, Cardin, Nina Ricci, Dejac and Courreges and UK designers like Mattli, Cavanagh and Antony Price. They also supplied fabrics to retailers like Liberty. Customers could buy ‘Bute Packs’ which, for 5 guineas, included 2 yards of tweed and a co-ordinating wool so a skirt and sweater set could be made by the customer herself. By 1968 Bute Looms were exporting to the USA and Japan and in 1969 power looms were purchased, expanding production to menswear. 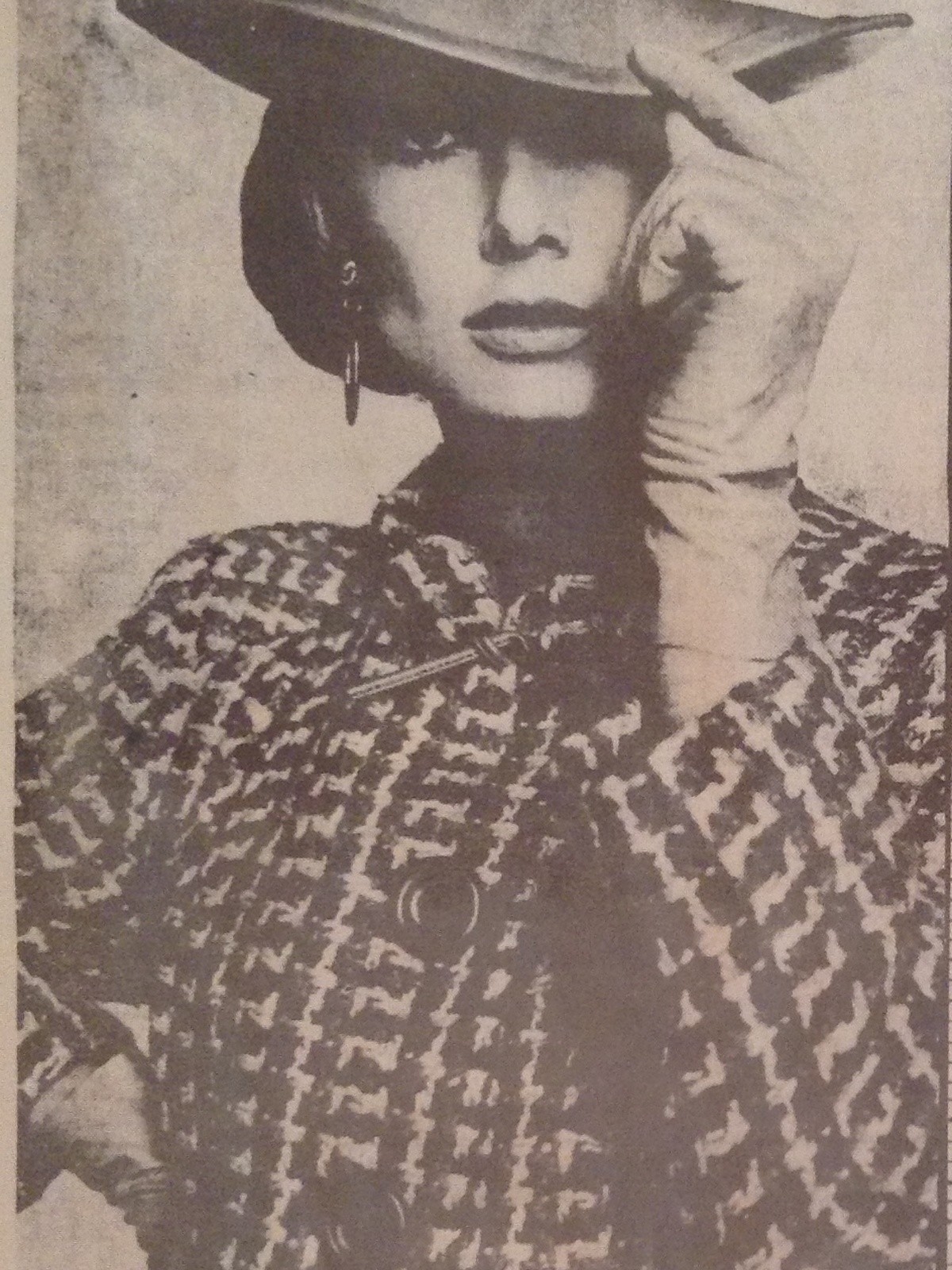 This hand-loom woven houndstooth was available by the yard from Liberty’s for 36s & 6d or as a coat by Colin Edwards from Woollands department store. From an article in The Sunday Times.

From two scrapbooks of press clippings, in the Bute Fabrics archive, dated 1966-1970 we can get an insight in to the production of fashion and fabric at Bute Fabrics in the swinging 60s. 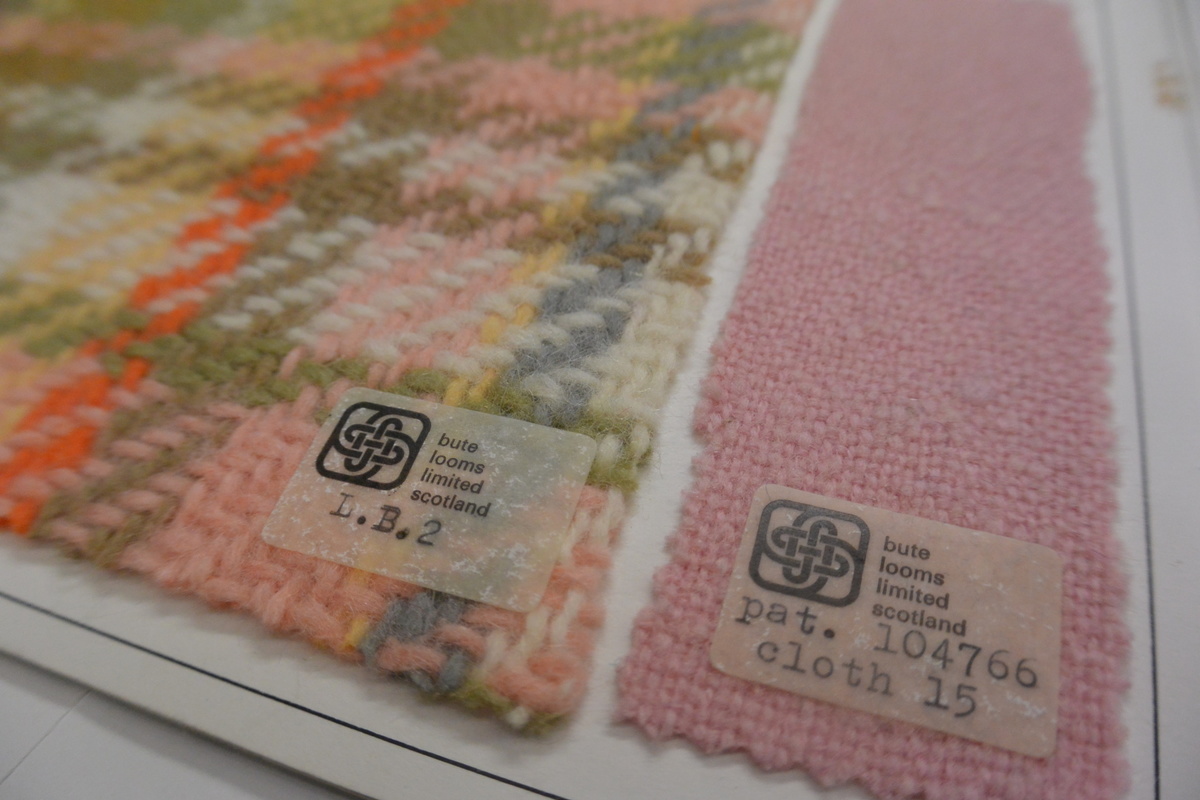 The 60s was a decade of fashion driven by the youth. In this decade ‘teenage’ culture began to develop as young adults started to express their freedom and originality through clothes. The driving force of fashion shifted from the fashion houses of Paris and London to the youth on the street, particularly the streets of Britain. The most recognisable 60s fashion trends were the Mods, in their polo shirts and parkas, the dandies of the Edwardian Revival and the space look, all PVC and sequins.

The mini skirt was introduced by Mary Quant in 1964, changing the feminine ideal. Women began to see clothes as opportunities for endless different looks rather than buying outfits for specific occasions. Women began to wear trousers as a fashion choice rather than a practical necessity as had been the case during WWII. The image of ‘The Single Girl’ developed; young, free, single and self-sufficient with the body of a young adolescent, as typified by models such as Twiggy and Jean Shrimpton.

Fashion photography also reflected this change in the ‘ideal woman’. Unlike advertising and editorials developed in the 1920s, where models stood perfectly still and carefully posed, 60s photography represented the fast pace of the modern, urban life of the ‘working girl’. The models were shot outside, in dynamic poses wearing sportswear or ready-to-wear clothes rather than evening gowns and European couture. A famous example of this shift in aesthetic is the photograph taken of Princess Margaret by Anthony Armstrong Jones for her birthday in 1959 which was shocking for its intimate and relaxed style in comparison to the traditional, posed photography of Cecil Beaton, the preferred photographer of the Royal Family.

If you couldn’t get on board with the rebellious looks of the young, Jackie Kennedy provided an alternative for the more sophisticated working woman. Known as the ‘Jackie Look’ she popularised clean suits with mid-knee length hems and three quarter length sleeves, pillbox hats and sleeveless A-line dresses.

The clippings from the Bute Fabrics archive highlight the place Bute Looms found itself in a decade of changing fashion trends. Producing clothes for the Jackie Kennedy set, as opposed to defiant teenagers, Bute Looms still embraced some modern developments and the changing place of women in the 60s. The 6th Marquess of Bute was the driving force behind this leap into the ideals of the new decade. His ethos was to ‘design up’, producing fashion fabrics using classic methods. He also hired Martin Hardingham, Head of Weaving at the Royal College of Art, whose focus was on bright, modern colour. 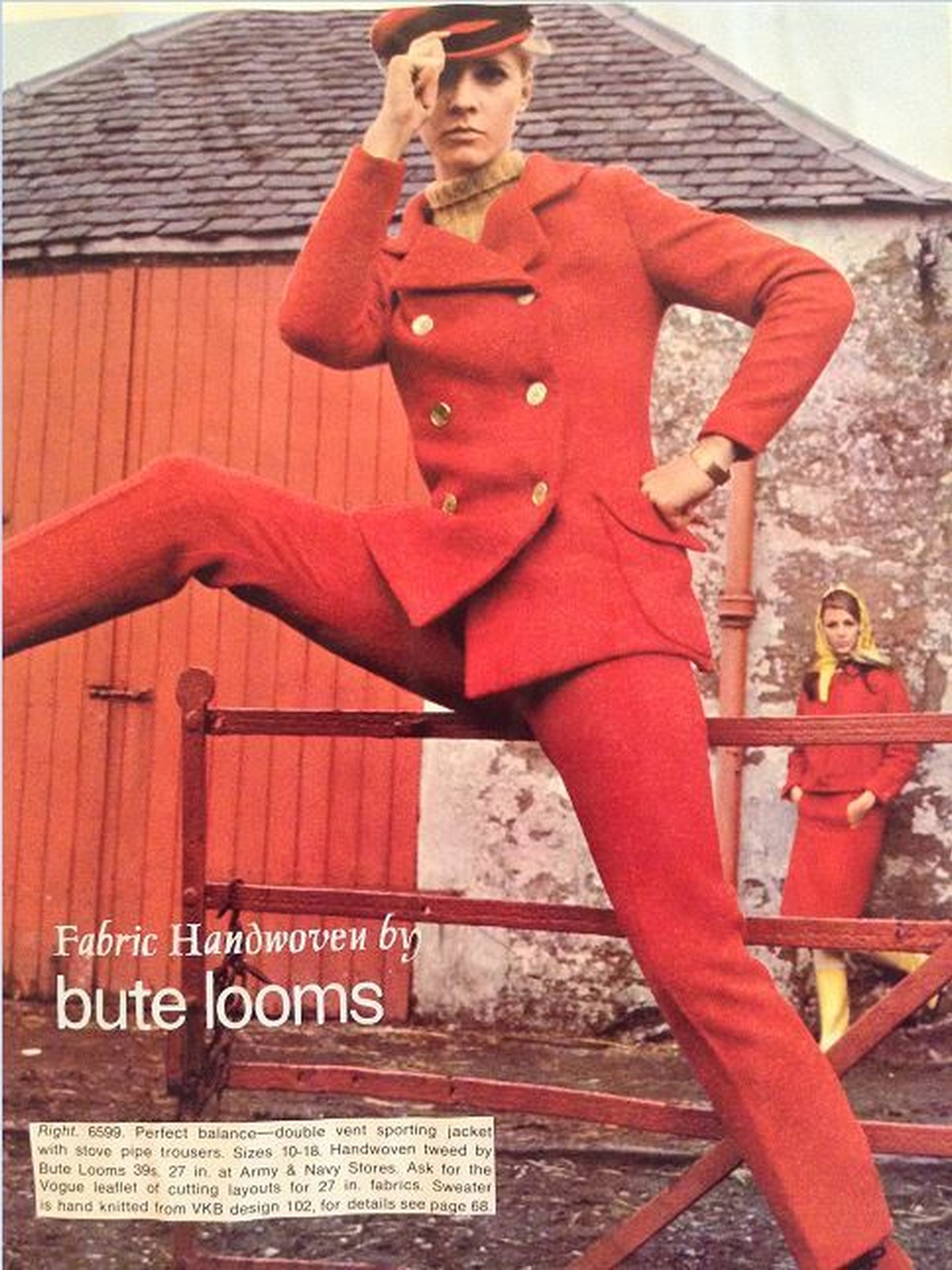 A bright suit in Bute wool for the modern working woman posed, as every urban woman would want, on a farmyard fence! From Vogue.

The photography in these clippings shows women outside in bright colours and dynamic poses. One journalist describes the changing face of Scottish wool ‘…In these days of gay colours and co-ordinated fabrics…’ as having shifted from the ‘…drab weaves of former days to exciting designs and glowing colours…’

This article, about tweed capes by Bute Looms, hints at the impact teenagers had on wider fashion; describing the fashion for capes as an attempt by the young to ‘get away from the ordinary’ and the trend in ‘the spirit of the day’ for buying Victorian clothing from second hand stalls. But, as the article advises, although capes are ‘youth’s “thing”’ they can be practical for other age groups.

Here designers using Bute Looms Fabrics step in. The bold textures and patterns of the newly invigorated Bute Looms and their use of traditional techniques bridged the gap between the rebellious fashion of the young and the needs of real working women who may have been left in a daze by the swinging 60s. 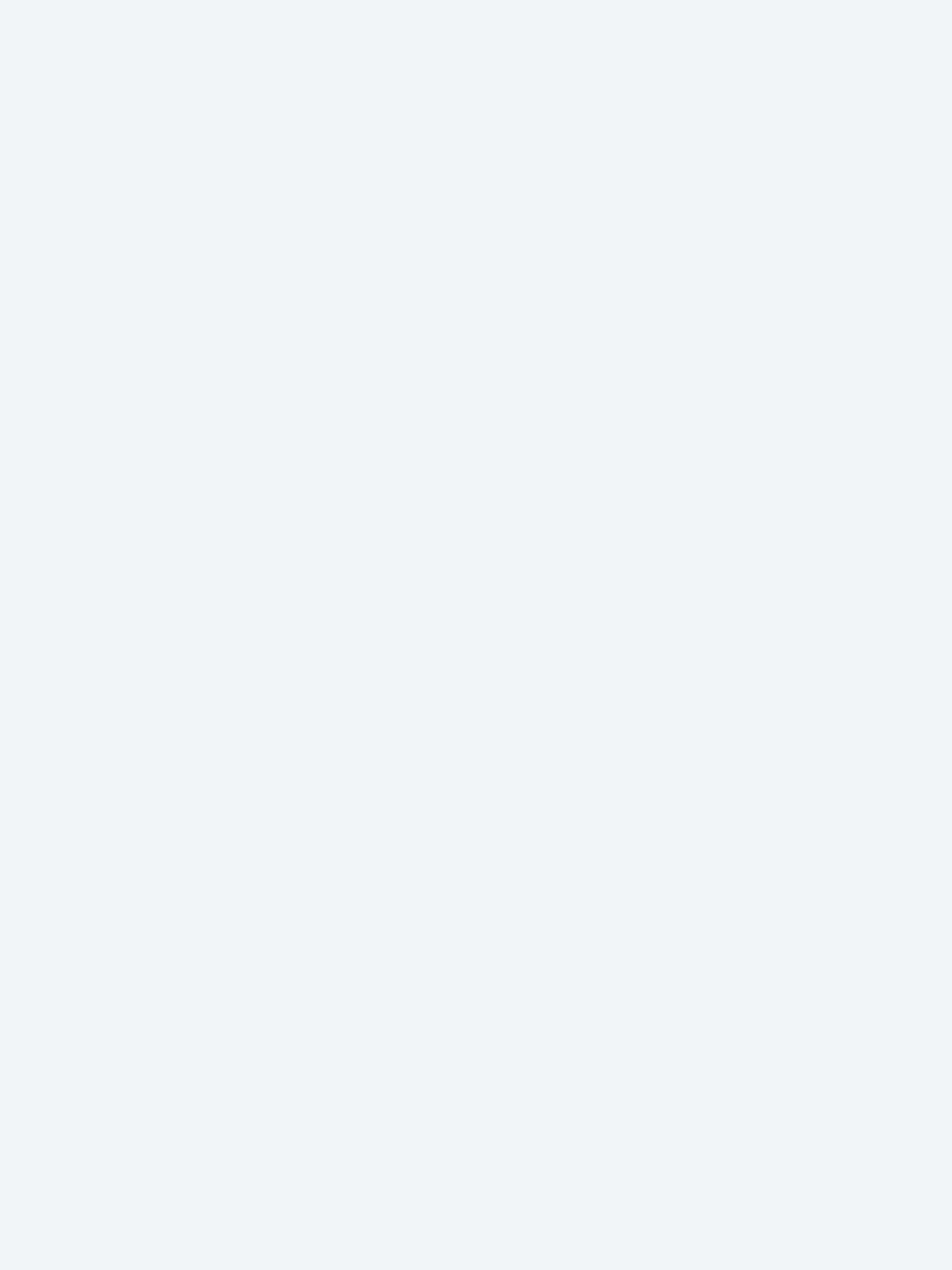 Bute Fabrics continues the legacy of Bute Looms to this day manufacturing beautiful furnishing fabrics that are modern, vibrant and aspirational. Find out more about them here: http://www.butefabrics.com/

'Tales from the Orchard' with Achievement Bute