It's a difficult time for any couple to get married, but with the help of a dowry set up by the 3rd Marquess of Bute, this local couple were able to tie the knot. 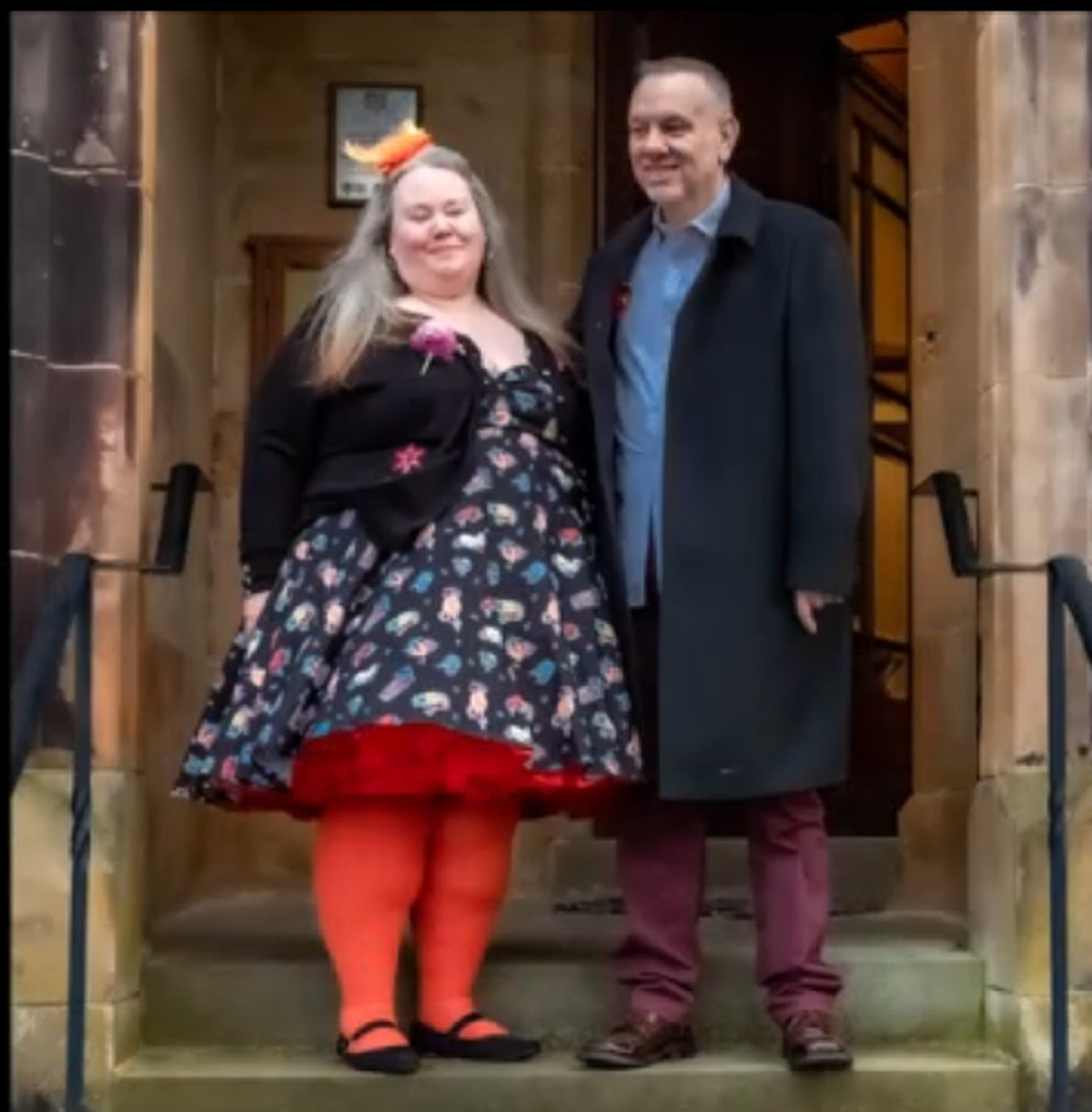 On April 18th 1897, John Patrick Crichton-Stuart, the 3rd Marquess of Bute and his wife, Lady Gwendolen, 3rd Marchioness of Bute (née Fitzalan-Howard) had been happily married for twenty-five years. The celebration was a joyful one, and the 3rd Marquess commemorated the special anniversary with two gifts.

Firstly, he presented his beloved wife with an anniversary present: a large Russian polychrome-painted, silver and gilded metal icon, depicting the only marriage scene in the Bible. Described in the Gospel of John, the Marriage at Cana was the occasion when Jesus performed a miracle in Galilee by turning water into wine. The icon was made in the Imperial Academy of Arts in St Petersburg, by special permission of the Russian Tsar Nicholas II. 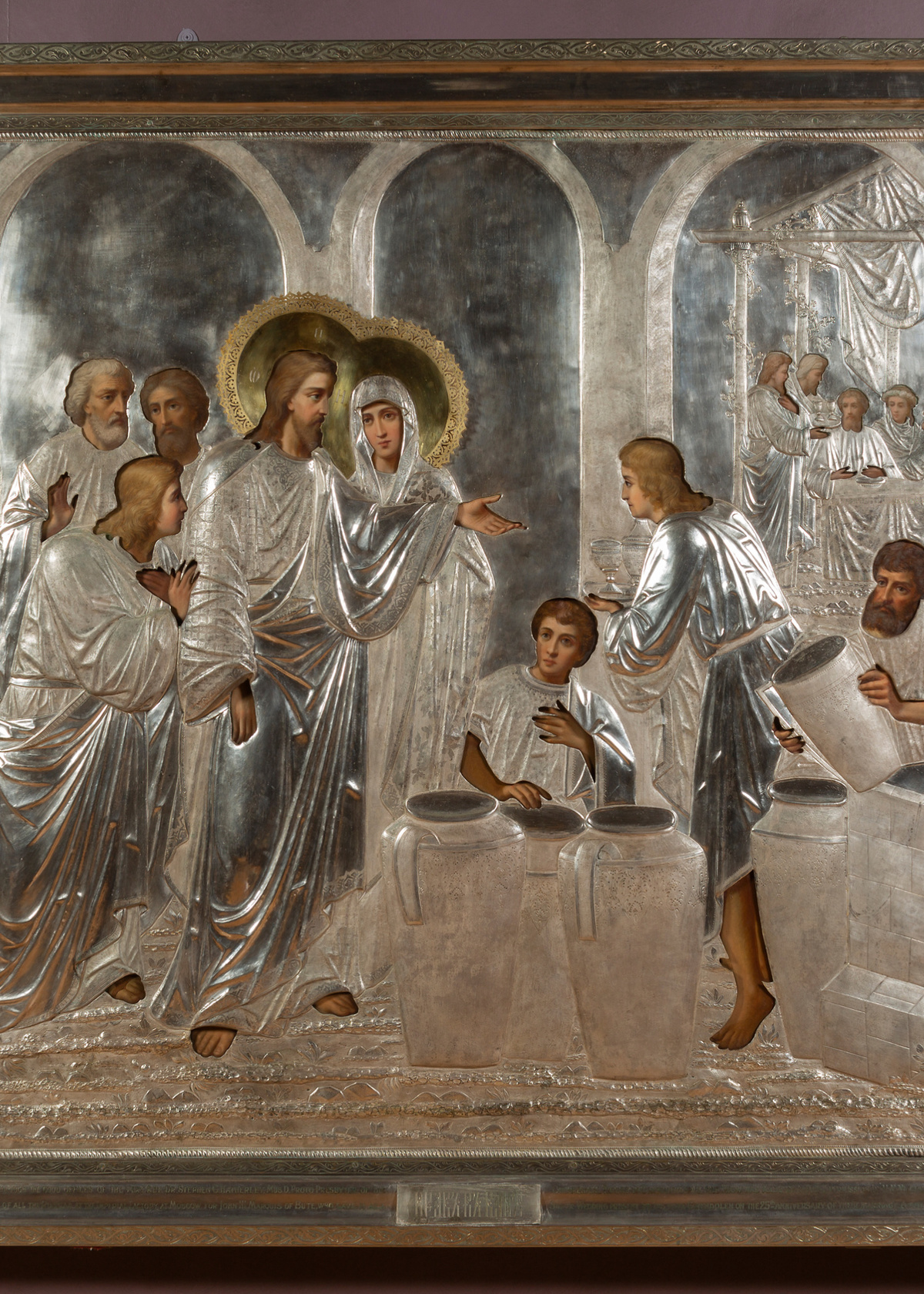 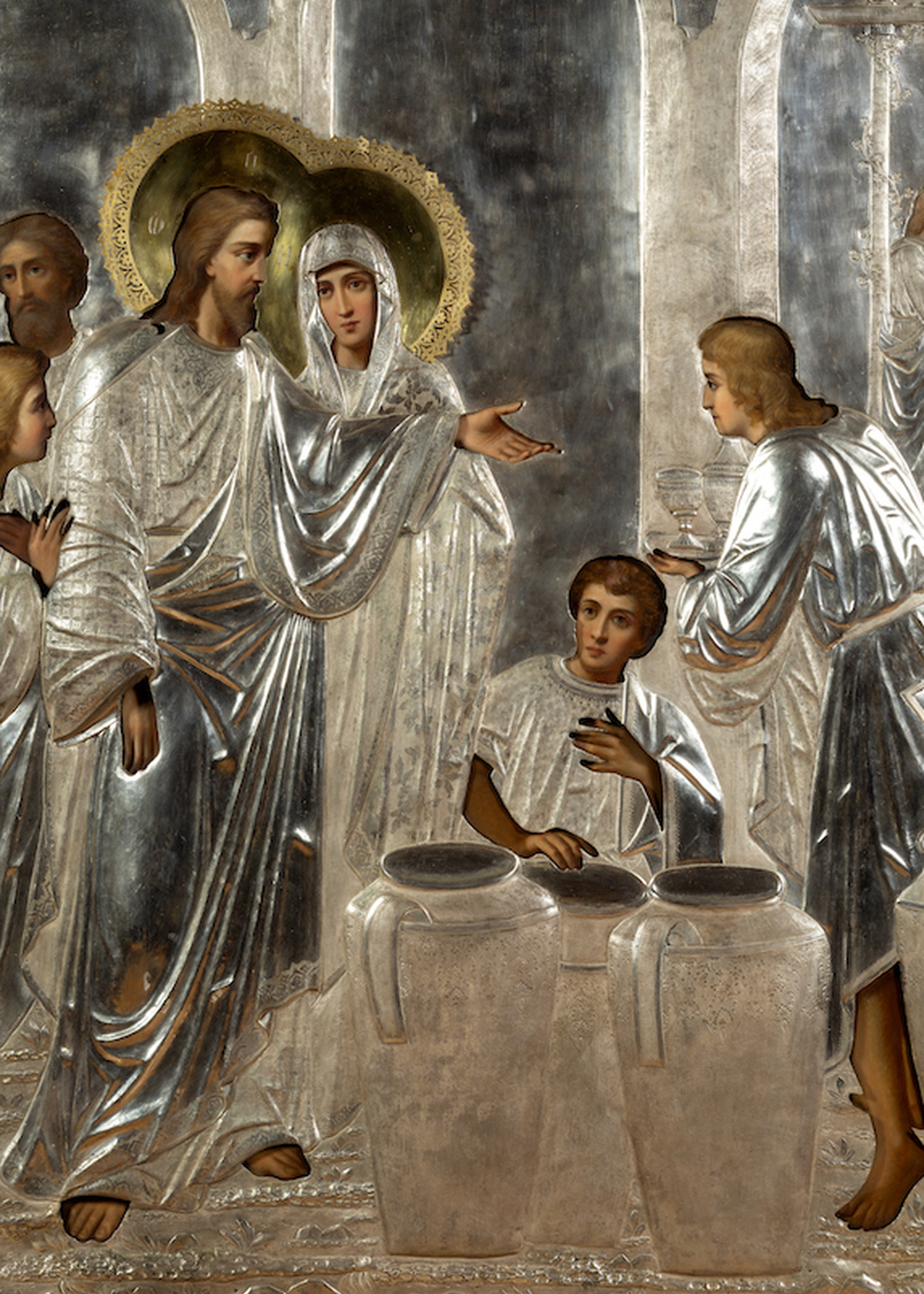 To further celebrate the occasion of their Silver Wedding Anniversary, the 3rd Marquess of Bute also established a Wedding Dowry Fund for the community on the Isle of Bute. The fund was to be used as a ‘dowry’ for any female resident in Rothesay being married in December of any year. His one condition was that the same passage of scripture be read to each marrying couple at their wedding. The dowry fund is still available today for brides marrying in December.

In December 2020, local residents, Paula Hutton and Scott Duncan were granted the Silver Wedding Dowry Fund for their winter wedding. With Valentine’s Day approaching, we caught up with the newlyweds to find out more about their special day. Here's what they had to say: 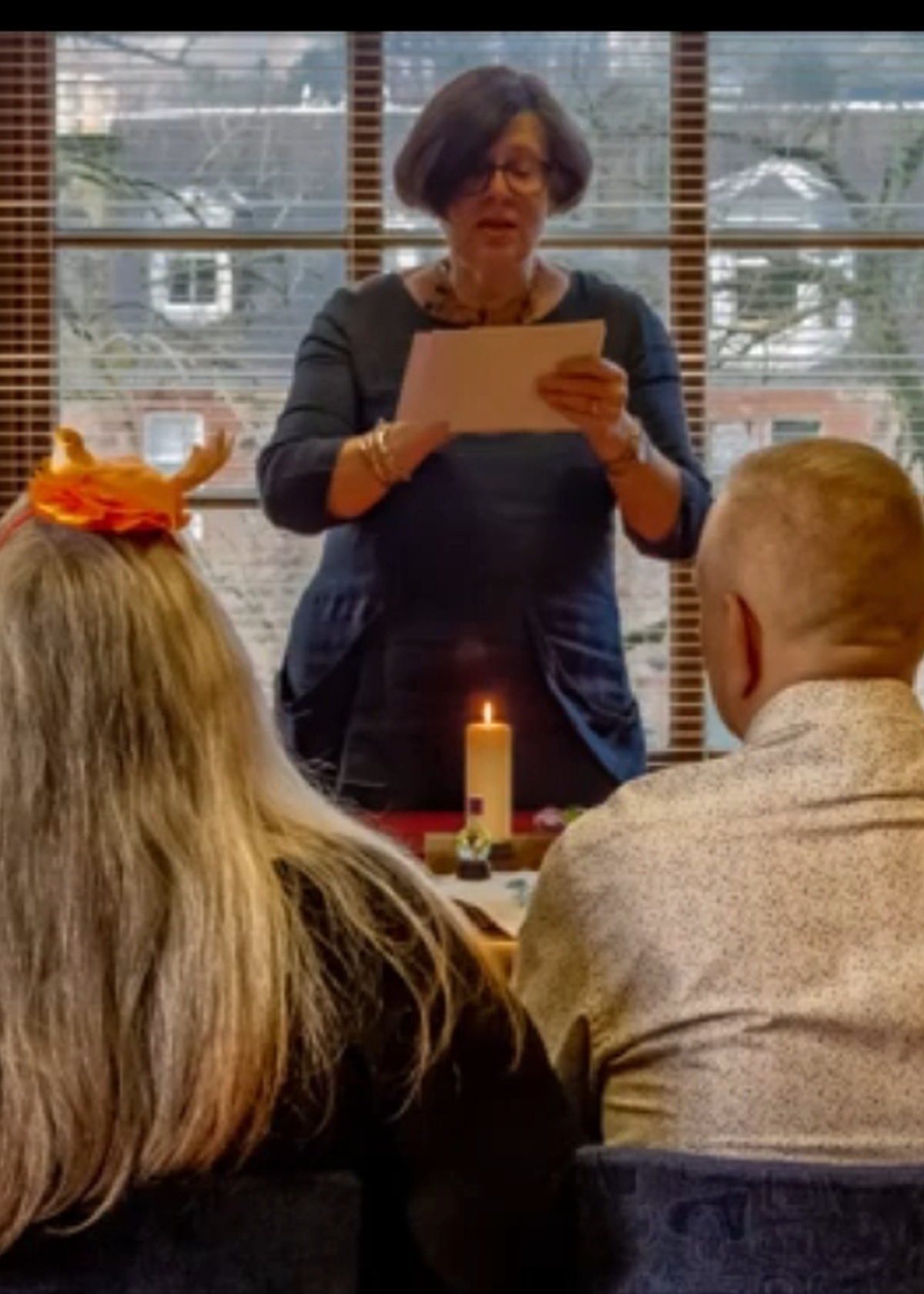 "We have been together for five years, and decided to move to the island two years ago. Scott proposed to me in December 2019, and we got started on plans for our wedding in September 2020. However, as coronavirus swept through the UK, we knew it wasn't looking good for our big day.

"I had everything organised and booked, and the invitations had been sent. We had friends coming over from the USA and France. In July, we made the decision to cancel the day, but decided to move it until the end of October, thinking that the coronavirus situation would be OK by then, even though we know that this wouldn't be the wedding we had hoped for.

"As another lockdown loomed, we were forced to cancel our second wedding booking again! We broke the news to our lovely registrar, Denise (who was excellent throughout the whole process) and together we talked through our options as to whether we should wait our not. Eventually we decided that there was no way of putting a time on a pandemic, and that tomorrow is never promised. December is a very special month for us, as it marks our anniversary, so this time we decided to go ahead no matter what. We went to meet Denise; masks, screens et al. As we talked through our decision, she then informed us of the dowry available.

"On first hearing about this fund, we thought it was yet another fabulously quirky thing about the Isle of Bute - naturally we wanted to apply! The process of applying for the fund was so easy, and we found out a week before the wedding that we had been successful.

“We were where then told that Jean Moffat would be giving a reading to honour the Dowry fund as a part of the ceremony. The day itself was a very quiet but intimate occasion. We had Scott's parents and our two friends as our witnesses, and we were also lucky to have a friend who took the photographs. Admittedly it was strange to see people in masks and be able to hug or kiss anyone, but the ceremony itself was lovely. We were able to add little things that made it very personal and although it was not a big affair, I really think that it was just perfect in every way.

“After the ceremony we went to Ettrick Bay (our favourite place) where we were able to sit together. Kim and David at Ettrick had decorated the table and gave some champagne this was very special and kind of them. The money we received from the fund will go towards a honeymoon... whenever that may be!” 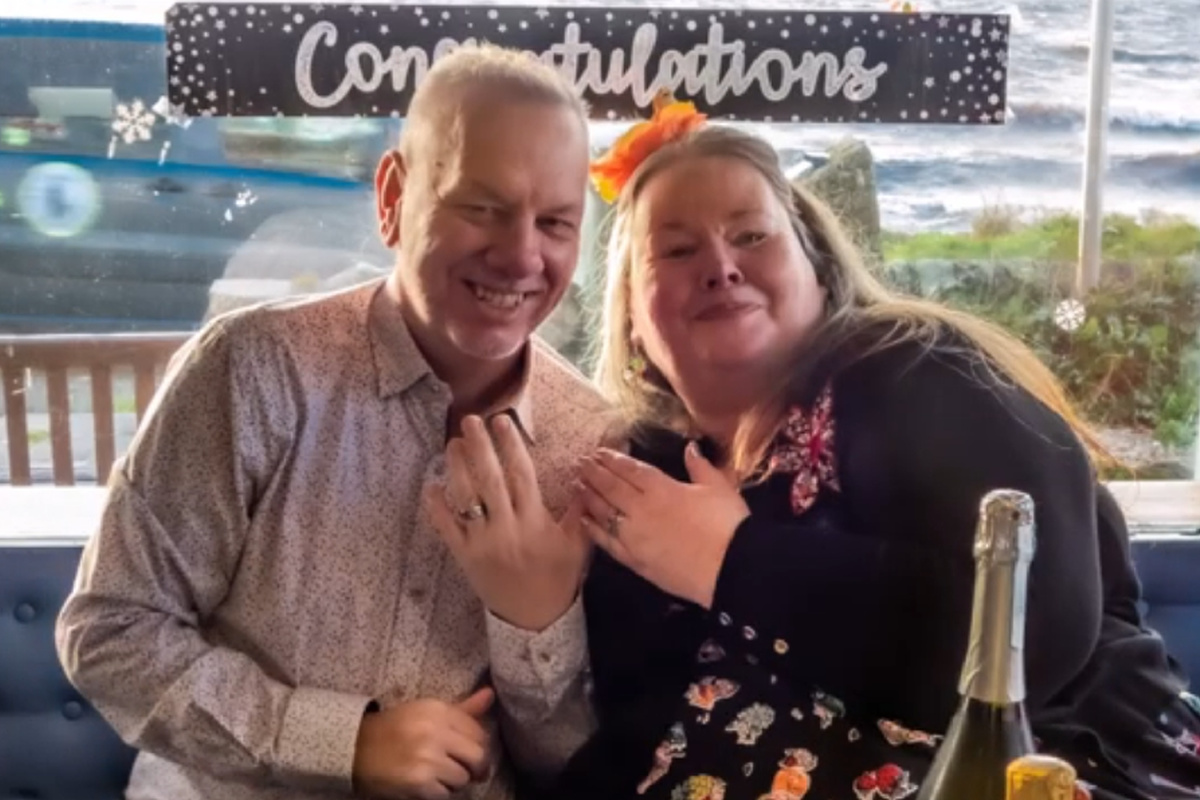 For further insight into the conservation of the Russian icon at Mount Stuart, watch the video below.