The Marriage Certificate of Bonnie Prince Charlie and Princess Louisa (1772)

The Marriage Certificate of Bonnie Prince Charlie and Princess Louisa (1772) 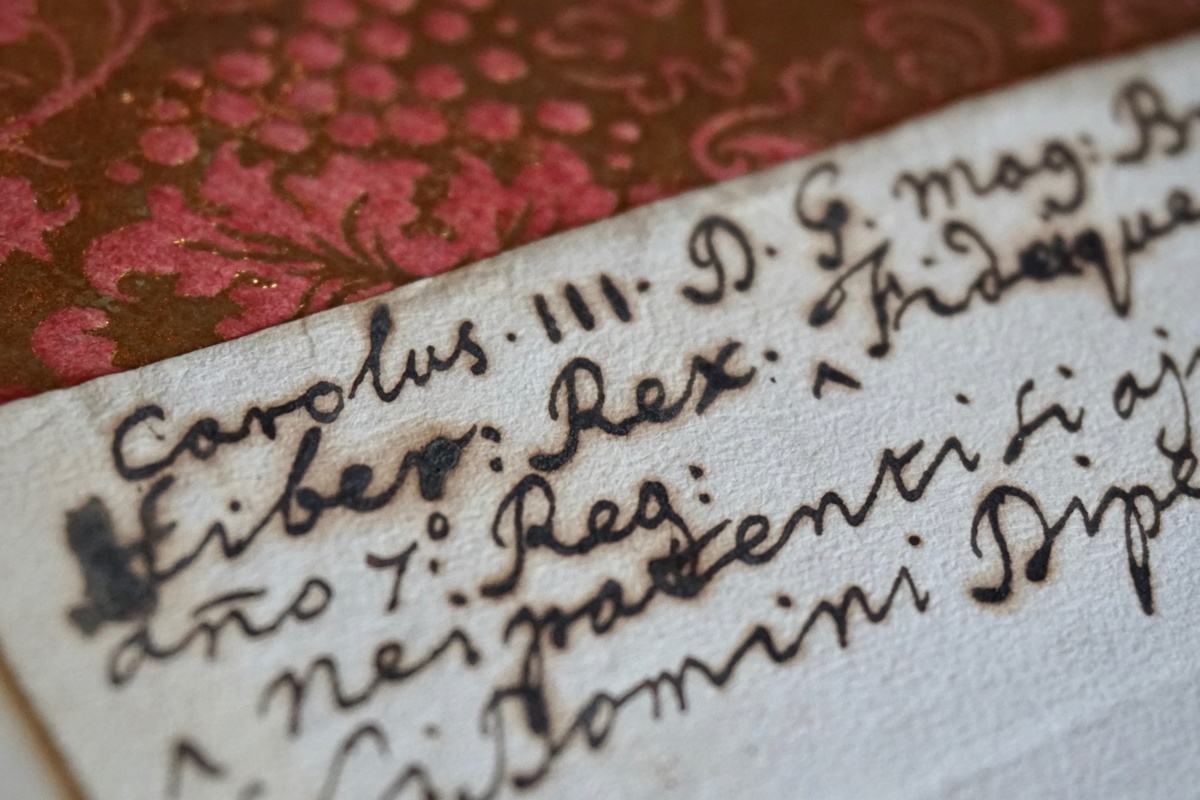 A remarkable Stuart record, preserved in the Bute Archive at Mount Stuart.

Unions have been celebrated on Valentine’s Day throughout history, and we are thrilled to share one very special document which records the wedding of Scotland’s most beloved Stuart, Bonnie Prince Charlie. 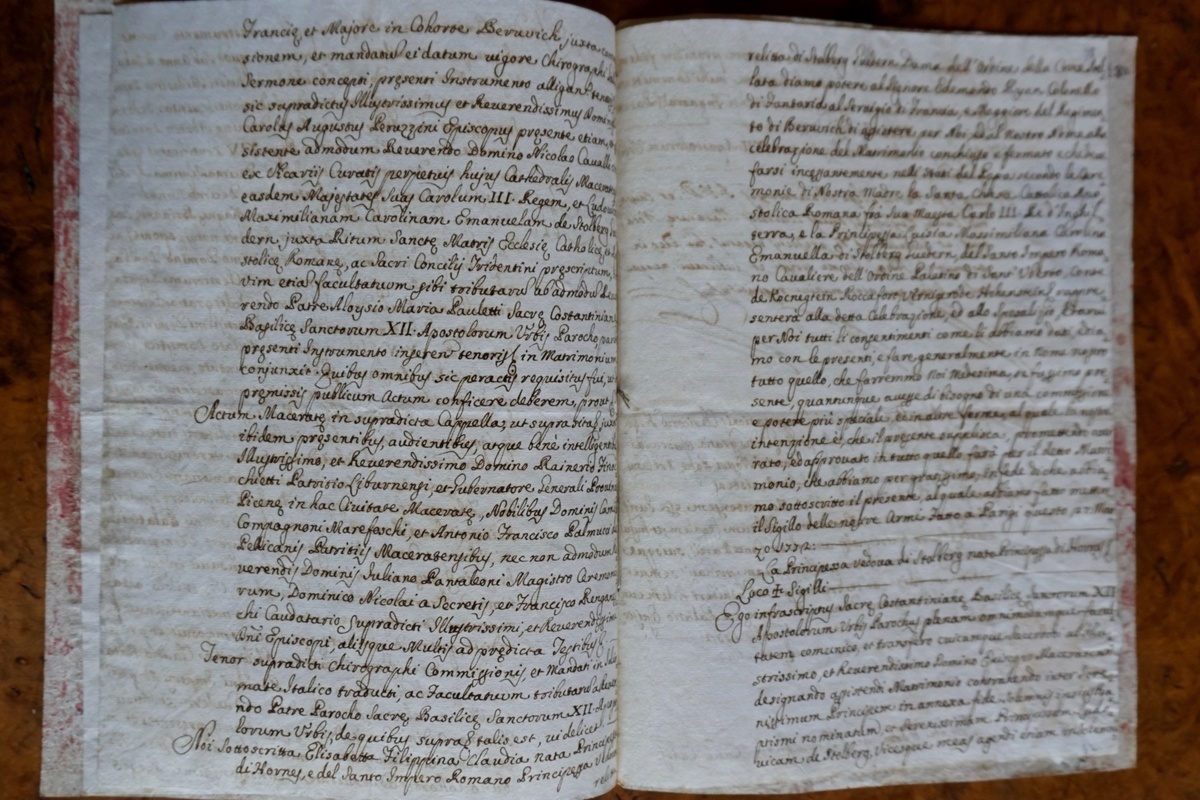 Prince Charles Edward Stuart (1720-1788) – also known as Bonnie Prince Charlie – was the grandson of King James II and VII (1633-1701). As the eldest son of James Francis Edward Stuart (1688-1766) he was also the inheritor of the Jacobite claim to the British throne. However after his crushing defeat in the second Jacobite Rising at the Battle of Culloden in April 1746, Bonnie Prince Charlie lived the rest of his life in exile on the continent.

This important document is the marriage certificate on Prince Charles and Princess Louisa of Stolberg-Geldern (1753-1826), and it is written in three sections to document the marriage process between the Jacobite couple. The first section is written in Latin, noting that the couple’s marriage was “celebrated on Good Friday, 17 April 1772, in the private chapel of the Palace of the de Compagnoli Marefoschi family at Macerata by the Bishop of Macerata and Tolentino”.

The second section is an Italian translation of the legal document which appointed Colonel Edmund Ryan as the representative of Princess Louisa’s mother, Princess Elisabeth of Hornes (1733-1826), at the proxy marriage of the couple dated at Paris on 27th March 1772. Prince Charles and Princess Louisa married by proxy a few weeks before they first met and married in person. A proxy marriage occurs when the couple is not physically present during the wedding ceremony. Proxy weddings were a common method for diplomatically engineered royal marriages, where a swift confirmation of unity was crucial to strengthening a political alliance and to protect the interests of all parties concerned.

The document’s third and final section is also written in Latin by the priest of the parish of the Santi Apostoli at Rome, empowering any priest appointed by the Bishop of Macerata to celebrate the couple’s actual marriage in his stead, dated on 13th April 1772 in Rome. 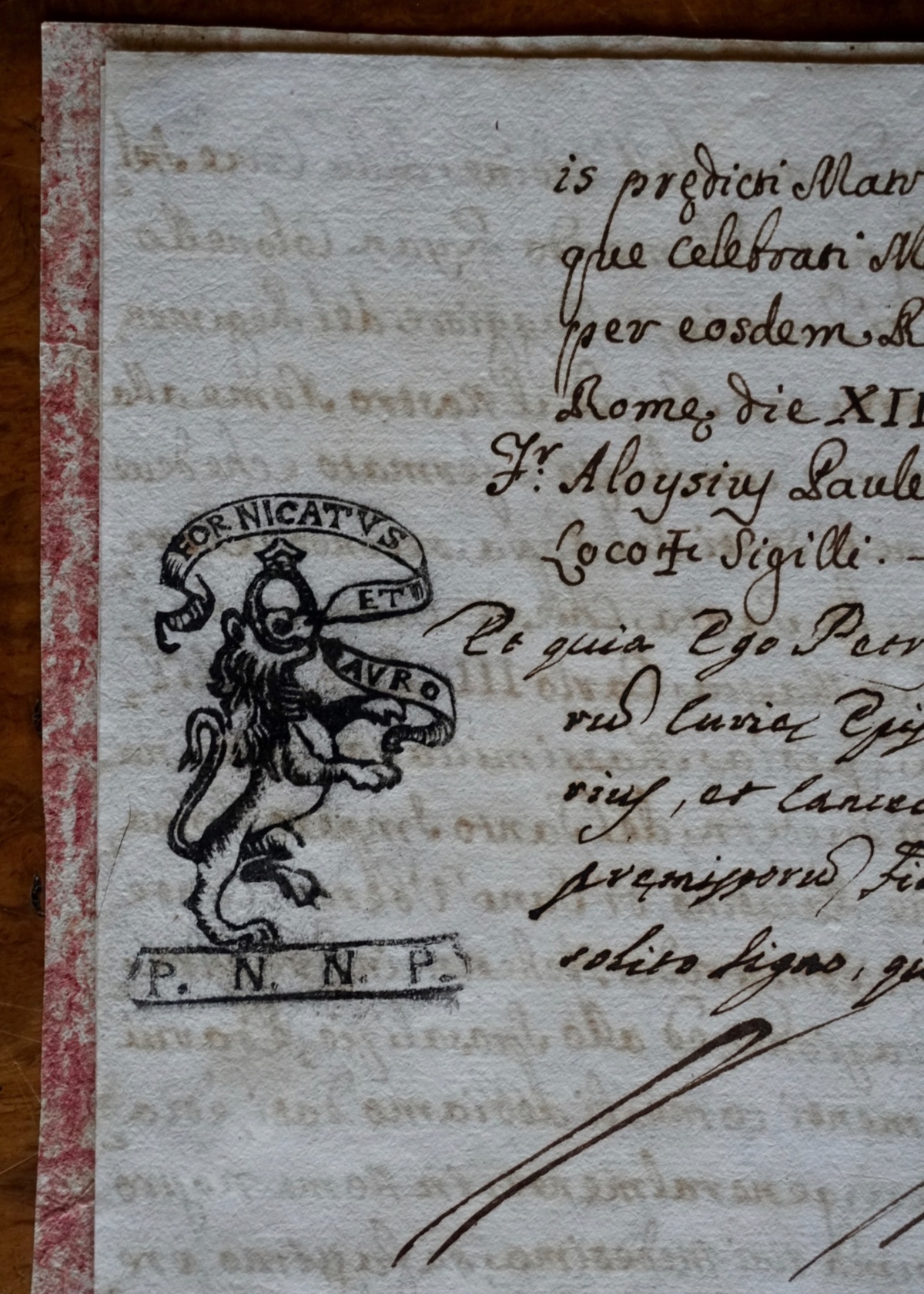 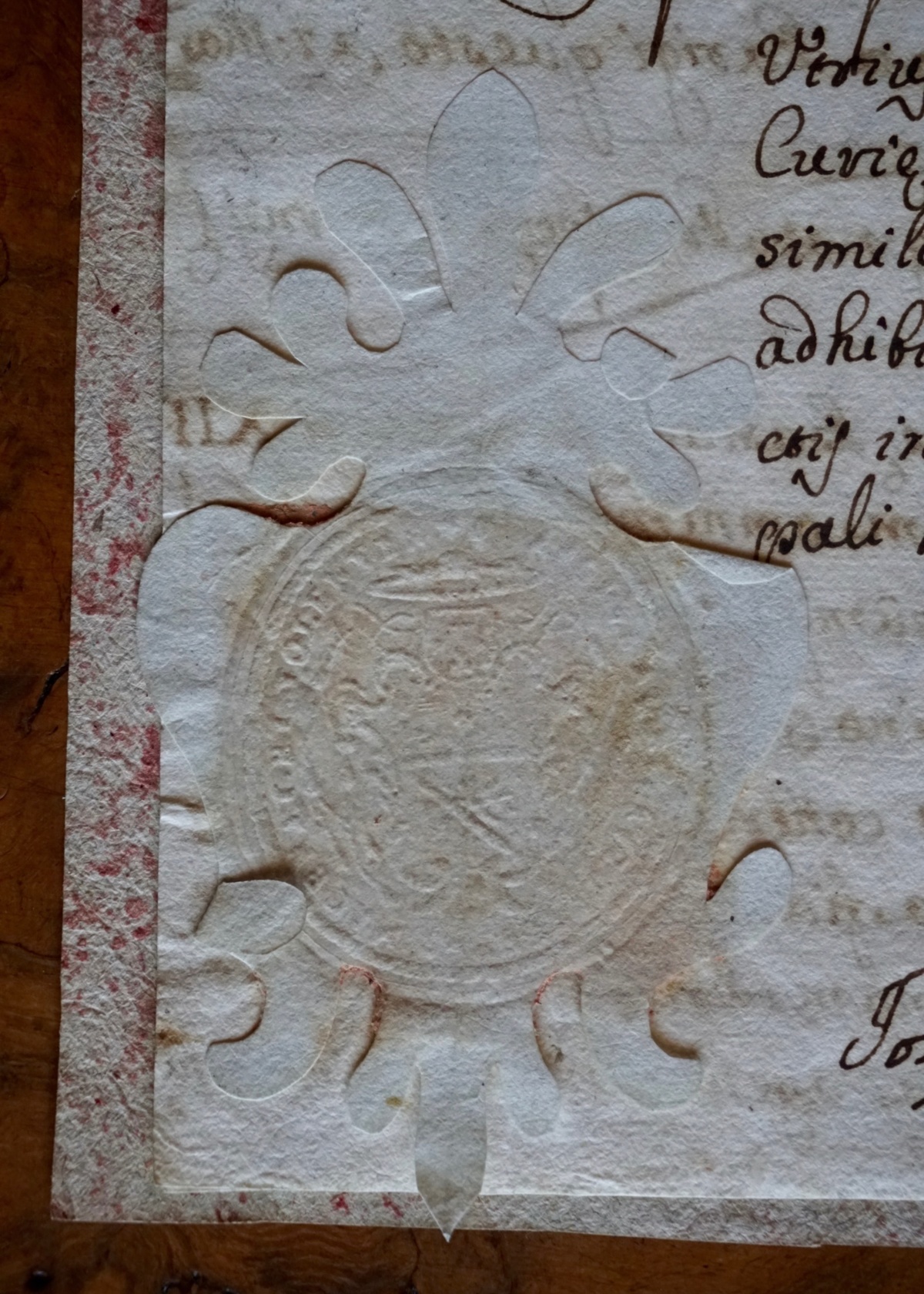 Affixed to the document is the paper seal of the Bishop of Macerata, giving the certificate its authenticity as a record. The document is also sumptuously adorned with an 18th century ‘brocade paper’ cover. Brocade paper is one of the rarest, most valuable and most vulnerable types of eighteenth century decorated paper requiring high standards for handling, storage and the environment. This brocade paper was embossed using a rolling press over heated engraved plates - often made of a copper alloy - block (instead of a woodblock), pressed into gilt paper to achieve a lustrous and luxurious finish. To add to the paper’s final magnificence, it was also sometimes coloured by hand. 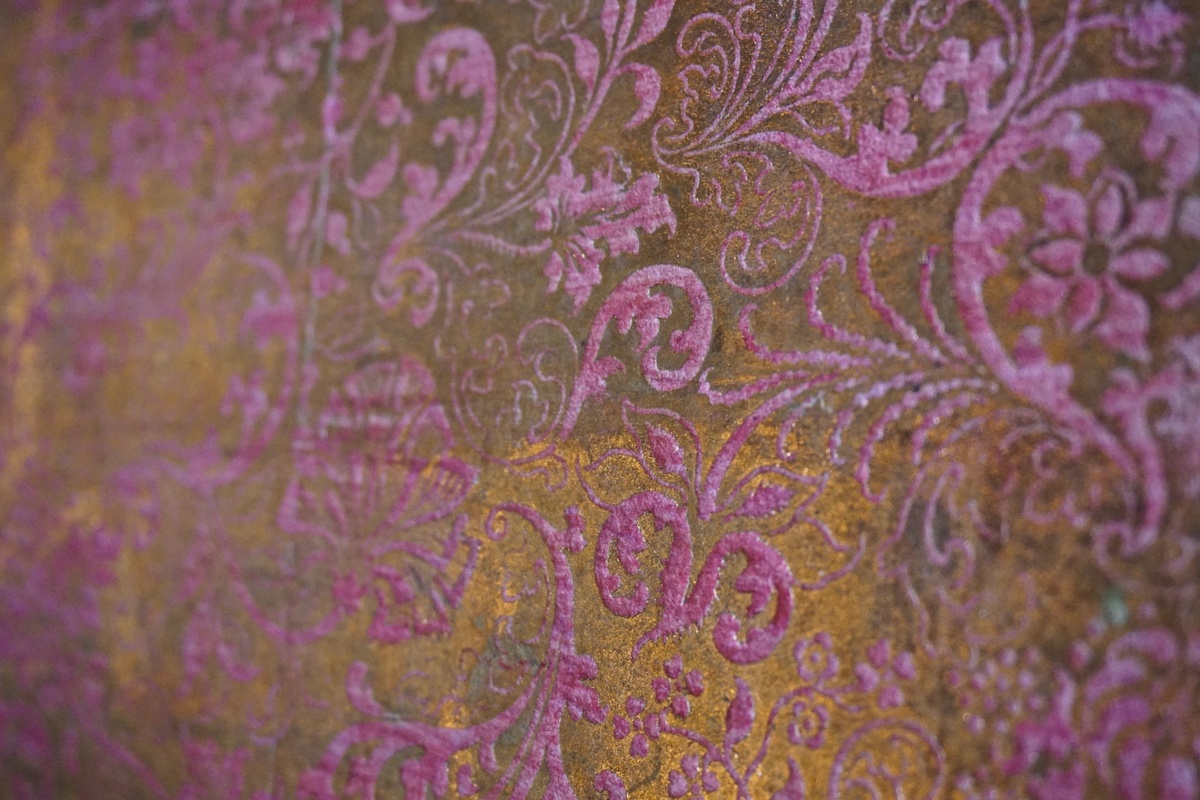 However, what is even more intriguing about the document is a small slip of paper which is kept alongside it. On this small note Bonnie Prince Charlie himself lists the titles that he believed should appear in his and Princess Louisa’s marriage certificate: the titles that would have been his, had he been crowned King of Britain. On the reverse of the slip, the authenticity of the paper has been endorsed by John Baptist Caryll, Baron Caryll (1713-1788), who was Bonnie Prince Charlie’s Jacobite Secretary of State. 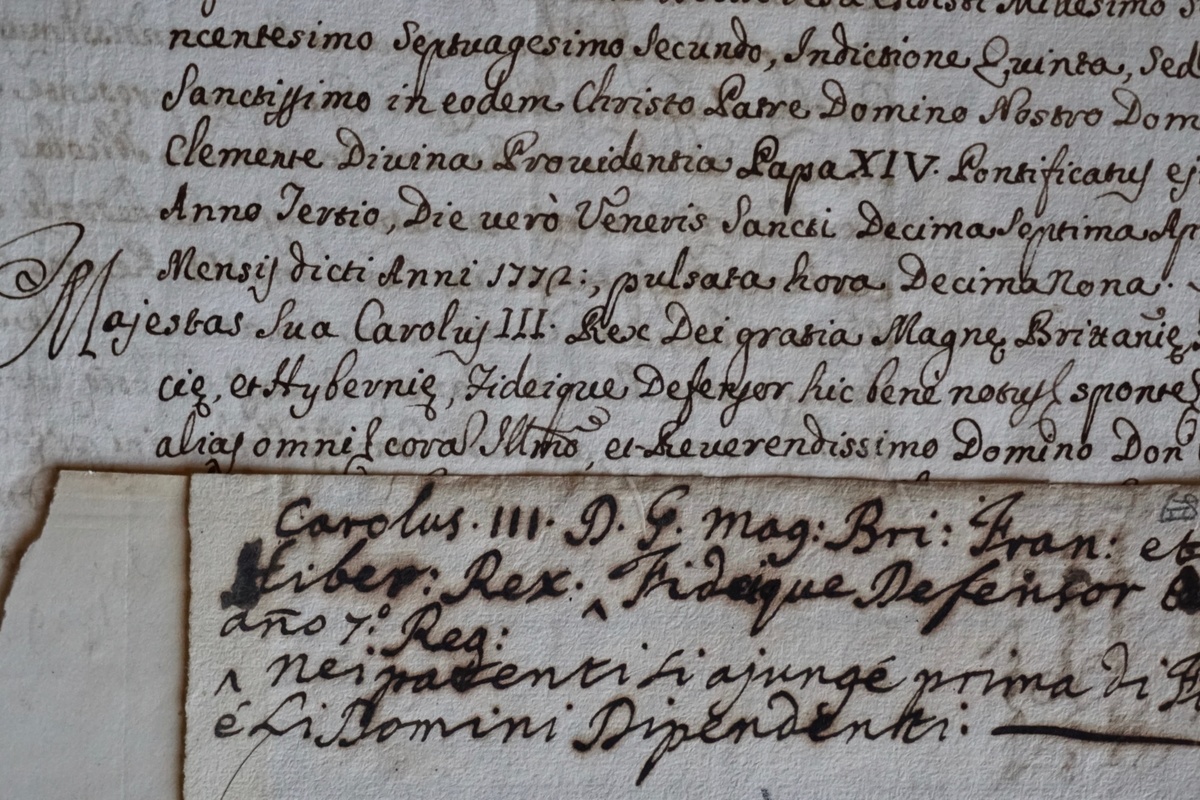 Charles and Louisa lived the first years of their marriage in Rome, later moving to Florence in 1774. Despite the joyous commencement of their union, the couple had a complicated and an unhappy marriage marked by his alcoholism and the lack of children. After Bonnie Prince Charlie died from a stroke in January 1788, his personal effects (including this marriage certificate) were transferred into the possession of his brother Henry Benedict Stuart, Cardinal York (1725-1807), who was the Bishop of Frascati Cathedral near Rome.

In 1817 the English Crown acquired many of the Stuart Papers that had been in Cardinal York’s possession. However, some of the Cardinal’s more personal manuscripts as well as articles previously owned by his famous brother were kept by his executors. Over the next 30 years, these remaining possessions were gradually sold off to Stuart supporters, tourists and collectors who made their pilgrimages to Rome. One of these collectors was Lady Sarah Otway Cave, Baroness Braye (1768-1862), who bought a large collection of Stuart manuscripts and relics in Rome in 1842 – with this marriage certificate being amongst her acquisitions. 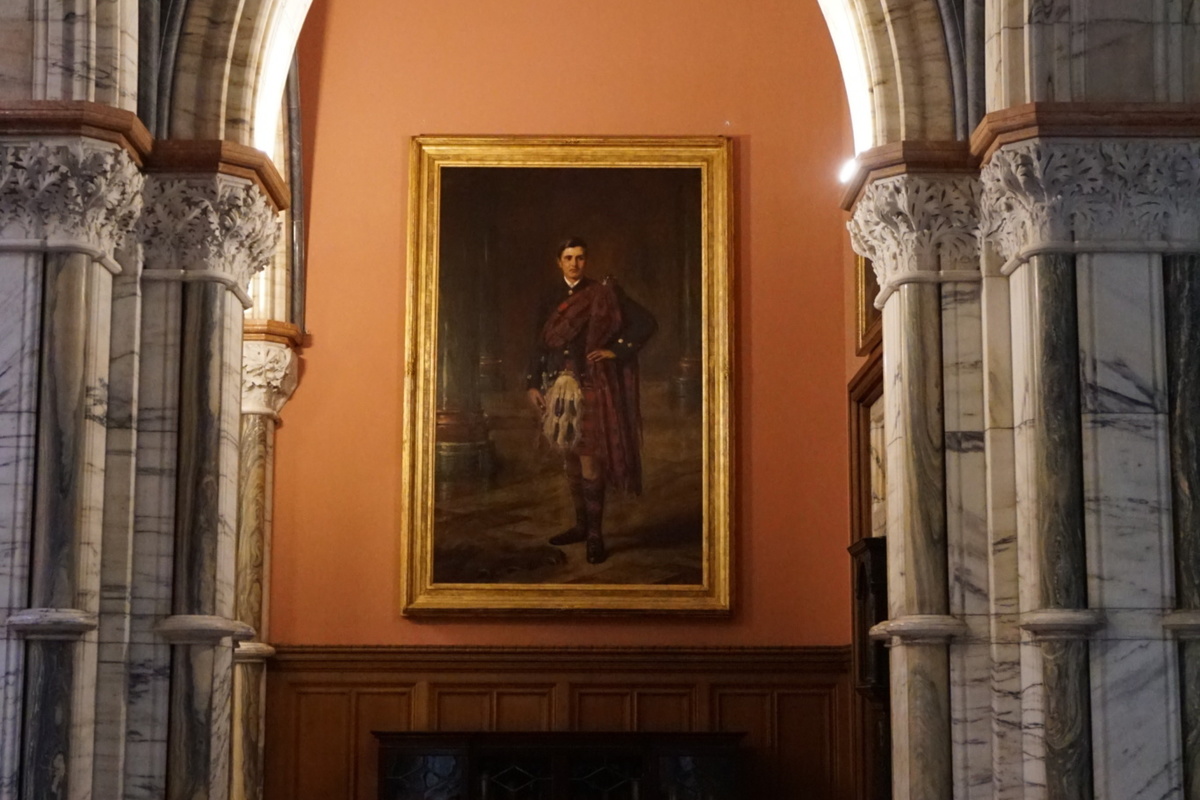 The Braye Collection of Stuart Papers was a hugely important collection of manuscripts and relics relating to the House of Stuart. It was kept by the Braye family for many years at Stanford Hall in Leicestershire alongside three other important manuscript collections. The Braye’s Stuart Papers were first brought to the attention of scholars through Sir Henry Maxwell Lyte’s (1848-1940) visit to survey the Braye family muniments for the 1887 Tenth Report of the Historical Manuscripts Commission. Lyte noted that the manuscripts were “stowed away in no order in one of the lumber rooms”. Lyte’s visit prompted Lord Braye to arrange his extensive collection of manuscripts into bound volumes. The Bute marriage certificate and associated slip of paper then formed folios 75-80 of this collection.

On 19th February 1947 the marriage certificate was one of a number of manuscripts and relics acquired by John Crichton-Stuart, 4th Marquess of Bute (1881-1947), through the London rare books dealer Ifan Kyrle Fletcher (1905-1968) in the Sotheby’s sale of the Braye Collection of Stuart Papers. As a Stuart himself and a keen collector of Scottish historical artefacts, the Bonnie Prince Charlie and Princess Louisa marriage certificate came to form an important document in the 4th Marquess of Bute’s Scottish Historical Manuscript Collection. It was also one of the 4th Marquess’s last acquisitions before his death two months later on 25th April 1947.

The marriage certificate and the Bute Scottish Historical Manuscript Collection remain a testament to the 4th Marquess’s lifelong love of Scottish history, and they continue to be preserved in the Bute Archive at Mount Stuart today.

Object of the Month: February 2020