Malcolm Mackenzie was the successful candidate for Mount Stuart's Emerging Artist Residency in 2018. Malcolm was born in Broadford on the Isle of Skye and grew up in Plockton, Wester Ross, where he still lives. He graduated from Glasgow School of Art this year with BA Hons First Class in Sculpture & Environmental Art.

Mackenzie is interested in place, community and understanding the changing nature of Scotland’s rural areas. He said, “Personal contradictions drive my practice and explore the challenges faced by these fragile areas when considering both the need to protect them as places for solitude and wilderness, and a real and pressing need to develop and consider new opportunities beyond tourism, enabling rural communities to compete and survive in an increasingly populated, connected and globalised world.”

On Bute Malcolm started his residency by making himself available to the island community; offering his labour in exchange for sharing favourite walks and special places that islanders cherish. This introduction led to a mapping of stories, memories, walks and areas of interest. He adds, “The residency programme takes place at a time of year, when the tourists have gone home and work on the land has slowed down – this is important as it allows me to get to the core ‘community’ rather than the visitors’ view.”

His Isle Love Bute phone booth toured the island and provided an opportunity for the community to record a message to the Bute thinking about their wishes, ideas and hopes for this magical place.

Malcolm visited the primary schools on the island to work with the pupils on the idea of journeys and experiences. They began by looking at and exploring some of the features on an old nautical chart of the Isle of Bute and other Scottish Islands. Using music and the sounds of wind and waves, the students closed their eyes and went on a guided journey in their imagination, leaving the Isle of Bute as the captain of their own ship. They sailed back in time and eventually arrived at their very own island. The drawings, letters and charts they produced about the island were used to create a boat, which Malcolm launched from Bute to begin an island dialogue starting with the island of Cumbrae, the nearest neighbouring island. The boat represents a symbolic journey, and navigation by sea, reflecting the journey many young people from Bute will make when they leave school and the island in search of work or further education.

In creating an opportunity for emerging artists, Mount Stuart is expanding its ongoing Contemporary Visual Arts Programme to support an artist at an early stage in their career whose practice is rooted in social engagement. The residency is supported by Creative Scotland. 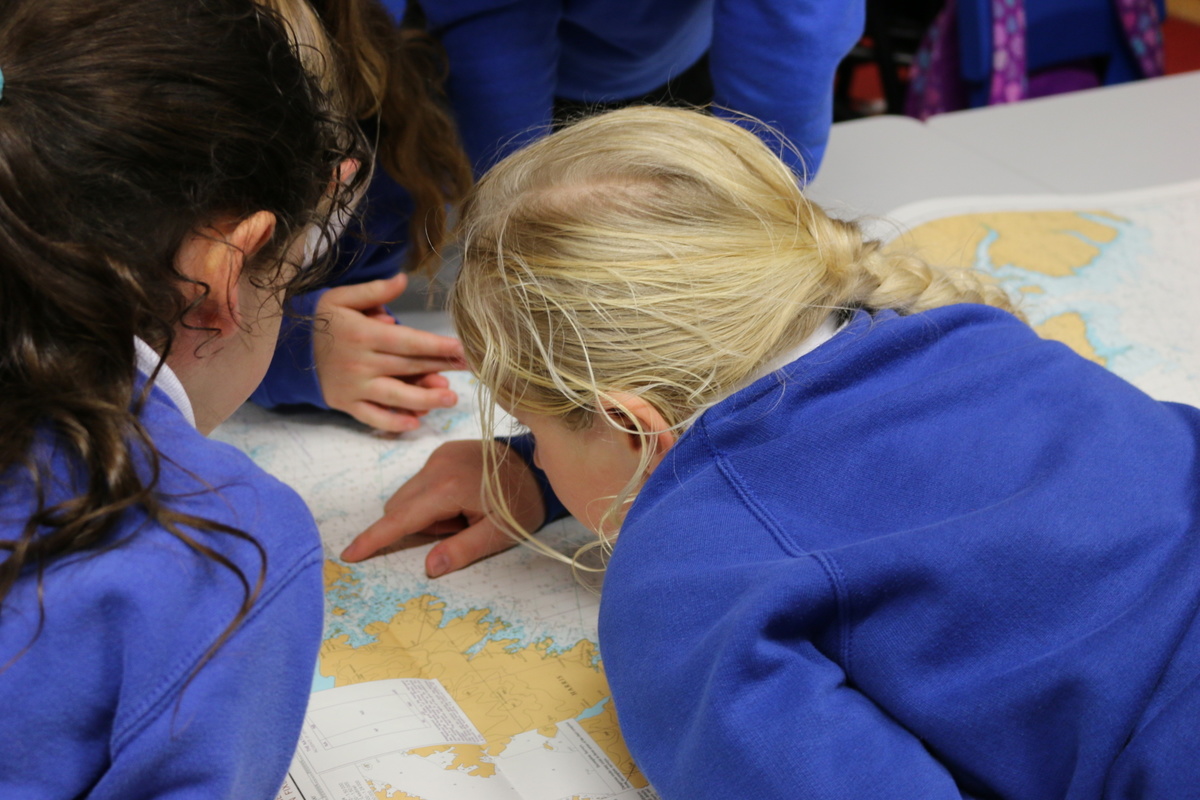