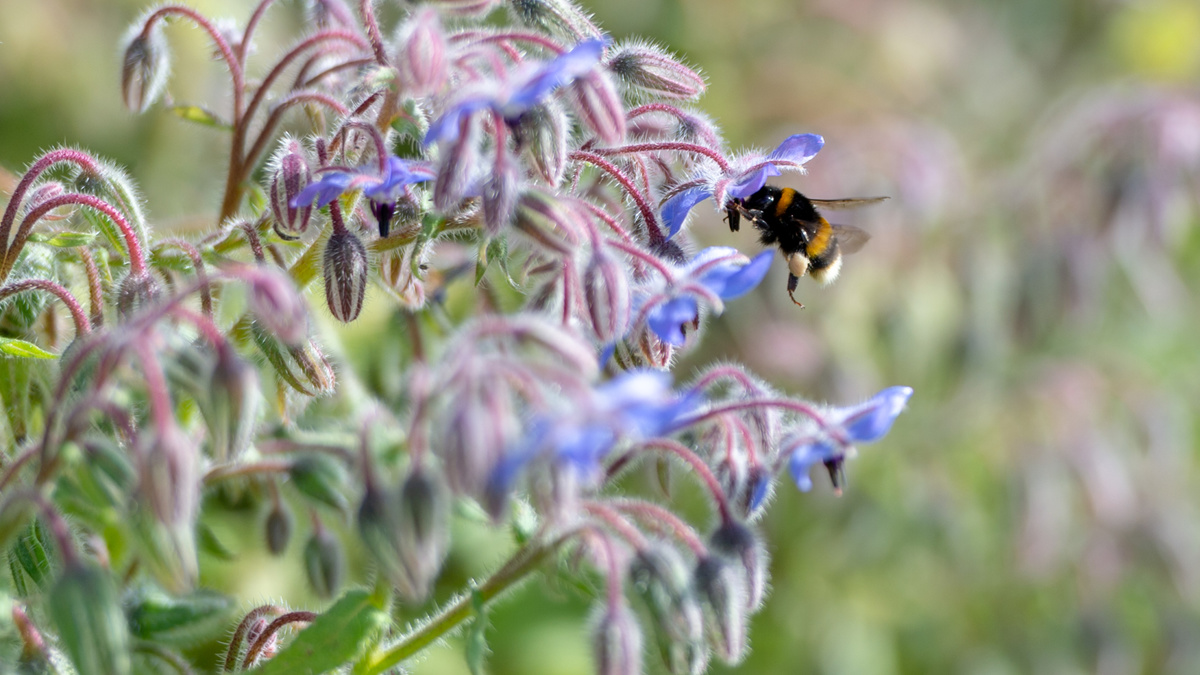 Our plant database contains handwritten records that date back centuries, indicating that the first gardens were planted 300 years ago. The current database is stored electronically, and we are continuing to input more hand written ledger accessions from the past 50 years into this database. In the near future we hope to make this asset available online.

At present, we have recorded over 3,000 living accessions and 1,430 different taxa- 149 of which are of known wild origin. A scheme of identification of unknown species in the gardens is currently ongoing.

In 2017 the Trust purchased a trotec laser engraver, which has enabled us to label over 1,000 plants so far. We are very proud of our extensive living collection. Here are just some of the record-holding plants you can find.

Mount Stuart is no stranger to champion trees. Even as far back as the 1800’s the tallest ash tree in Scotland was recorded growing next to the beech avenue at 134ft tall. Considering the Isle of Bute does not have a mountainous landscape, and there are no deep valleys to shelter our plants, this is quite a feat.

Today we are able to claim 13 British and Ireland Champions, thanks to the careful planting of shelterbelts over the last 200-300 years. The tallest Corsican pine (Pinus nigra ssp laricio) stands at over 46m high with a poker straight trunk and fine conical crown, and the tallest Nootka Cypress (Xanthocyparis nootkatensis) stands at over 34m.

Further to this we have 76 Scottish and county champions. Notable amongst these is the Stewartia pseudocamellia - A genus which was named in honour of the 3rd Earl of Bute. The Stewartia briefly held the position of British and Irish champion for height in 2016, and It remains the tallest and largest girthed specimen in Scotland .

The Bhutan pine (Pinus Bhutanica) has only been described as recently as 1980, and grows today at the top of the Rock Garden.

Our plant S&L5693 is one of the first introductions through the Royal Botanic gardens Edinburgh in 1984. Its current height is 17m, which is of particular importance as it is still not that common in cultivation. 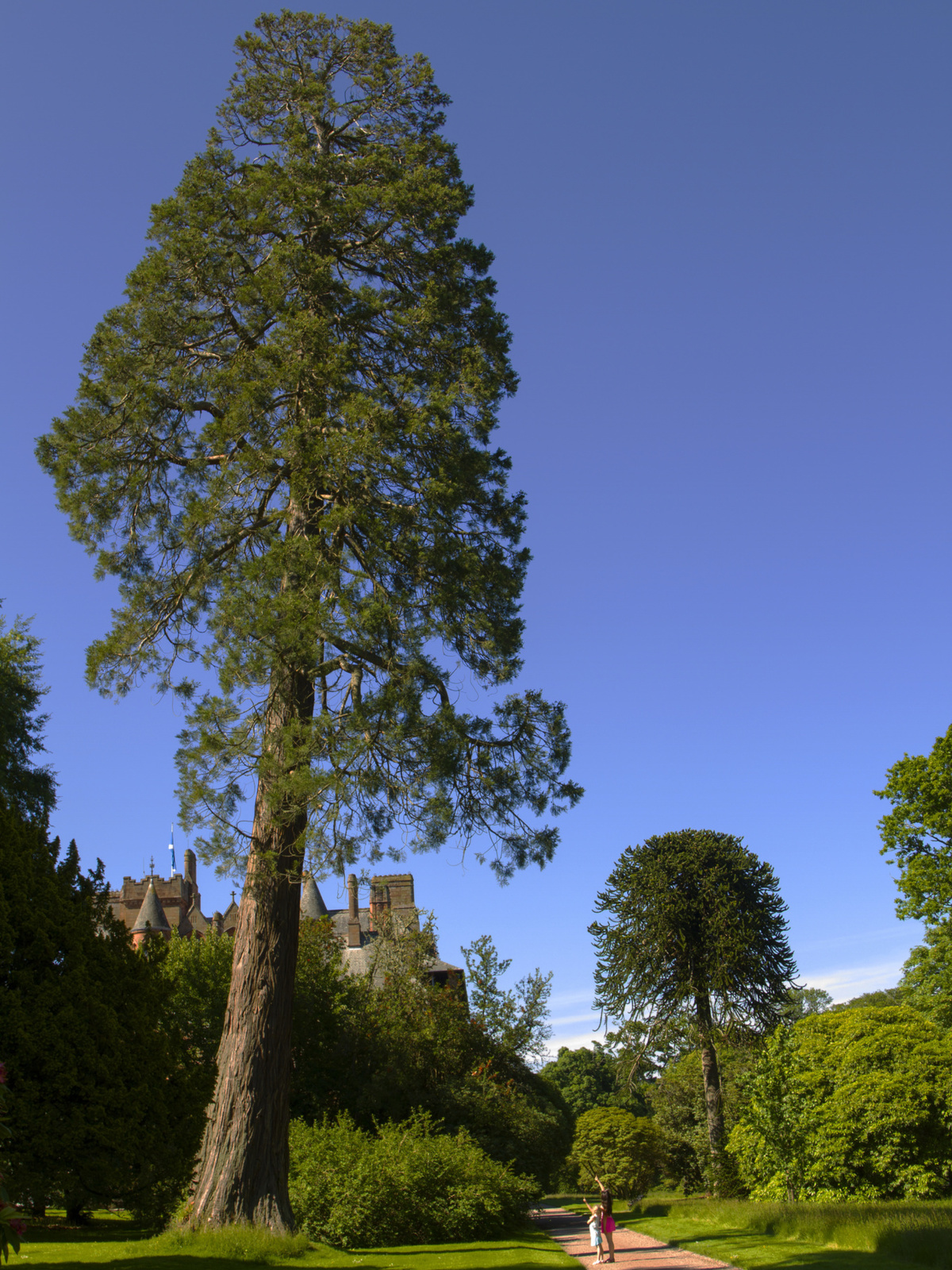 Of the 634 of the conifer species presently known in the world, 34% are endangered.

Thanks to the 6th Marquis of Bute’s connections with the Royal Botanic Gardens in Edinburgh, we are a part of the International Conifer Conservation Programme (ICCP).

The ICCP has worked over the last 30 years with more than 50 countries around the world focussing on Chile, New Caledonia, Lao PDR, Vietnam, China and other parts of Southeast Asia.

Their activities cover all aspects of conservation including basic inventory work in poorly known or remote areas, the establishment of new protected areas, restoration of degraded forests and depleted populations, programmes for sustainable utilisation, ex-situ conservation, propagation and basic taxonomic research describing new species and revising poorly known groups such as the Podocarpaceae using both traditional and modern taxonomic methods.

In late 1989, Mount Stuart became the first of what is now nearly 200 ex-situ sites throughout Britain and Ireland to provide safe growing conditions for endangered conifers and associated plants from around the world. The collection at Mount Stuart at present is the largest of all the ex-situ sites. 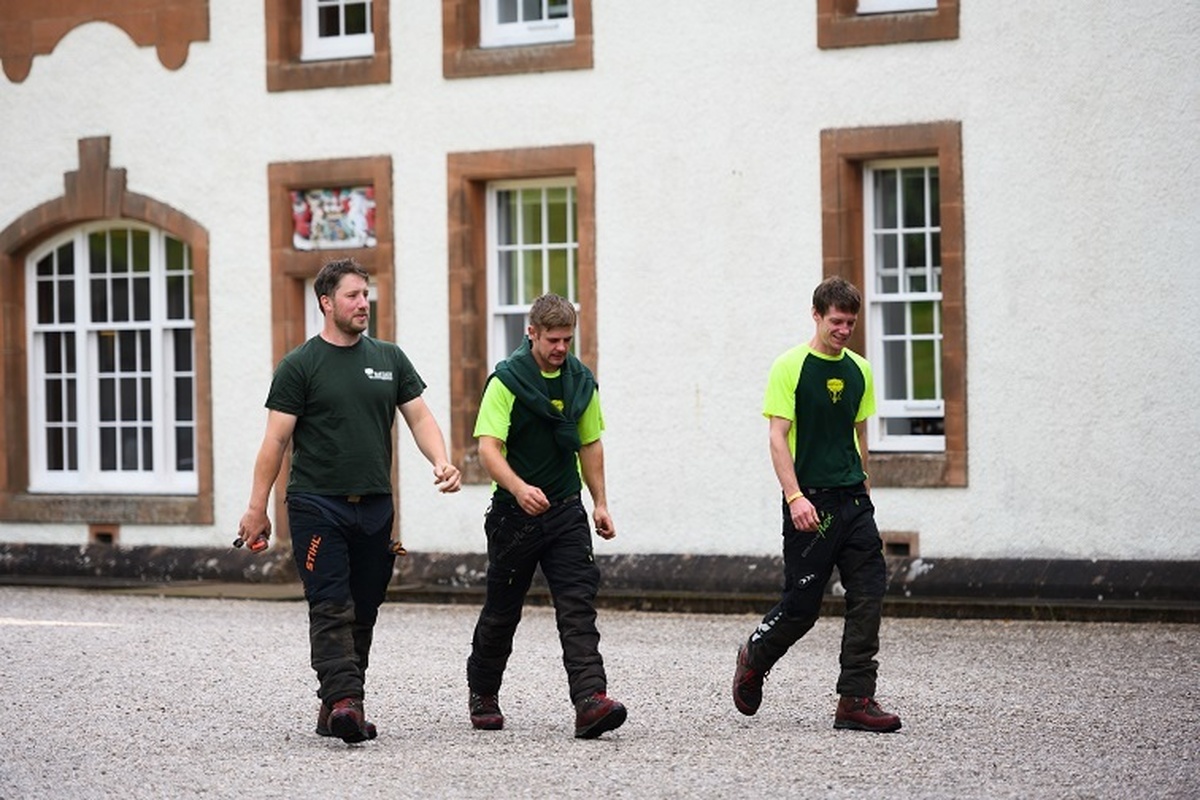 Reevesia pubescens is a large shrub or small tree from southern China and neighbouring countries.

Rarely cultivated in Britain, the specimen at Mount Stuart was planted in the mid 1980’s and has flowered well over the last few years. It is said to be quite tender, but surprisingly came through the two extremely cold winters of 2009& 2010, where temperatures as low as -7.6 degrees C were recorded in the gardens.

First introduced by Earnest Wilson in 1910, from Sichuan via the Arnold arboretum, the first Reevesia were grown in the UK at Caerhays in Cornwall. This plant is still most likely to be found growing in South West England, and Mount Stuart’s specimens are thought to be the most northerly grown in Britain, if not Europe. This is primarily thanks to the effects of the Gulf Stream on the waters and climate around our shores.

Endemic to only small areas of Mexico, it was thought to be extinct in the wild until the late 1970’s, when new populations were discovered. Threatened in the surviving areas by habitat loss and poor reproduction and viability of seed.

Cultivation of the Magnolia dealbata still remains rare in Britain. The plant at Mount Stuart was planted in 1990 and grew to more than 4m in its first season, but it was badly damaged by frost and disease through its first winter. The damage reduced the plant to only 1mtr high by the following spring, however the plant proceeded to grow from a single remaining side shoot. Since then, the Magnolia dealbata seems to have acclimatised, and has proved hardy ever since. Flowering for the first time in the summer of 2000, It now regularly produces an abundance of large 30cm +, fragrant creamy white flowers each summer over several weeks.

First described in 2002, this is the most recent conifer species to be found in the wild. Initially found in one site in northern Vietnam, Xanthocyparis vietnamensis was listed as critically endangered on the IUCN website. Further small sub populations have been found in Vietnam and in Guangxi province in China in recent years and Its status has been reduced to endangered. It is still thought that there are not much more than 500-1,000 trees surviving in the wild.

Our plant came from the International Conifer Conservation Programme at the Royal botanic gardens in Edinburgh. At present, it seems to be settling in well to our mild damp west coast climate, and we are starting to see small amounts of growth. Our largest specimen is still only around 1.3m tall.

Other trees and shrubs

Flowering and evergreen. Towering and deciduous. The trees in our living collection are as diverse as they are majestic. The Nootka Cypress – an evergreen conifer standing at 34.8m high – is a must-see. As is the alluring Japanese Yew. Our shrub collection is equally fascinating, with several species endangered in their native countries flourishing here. If you’re visiting in the late autumn, don’t miss the vanilla-scented flowers of the Daisy Bush. 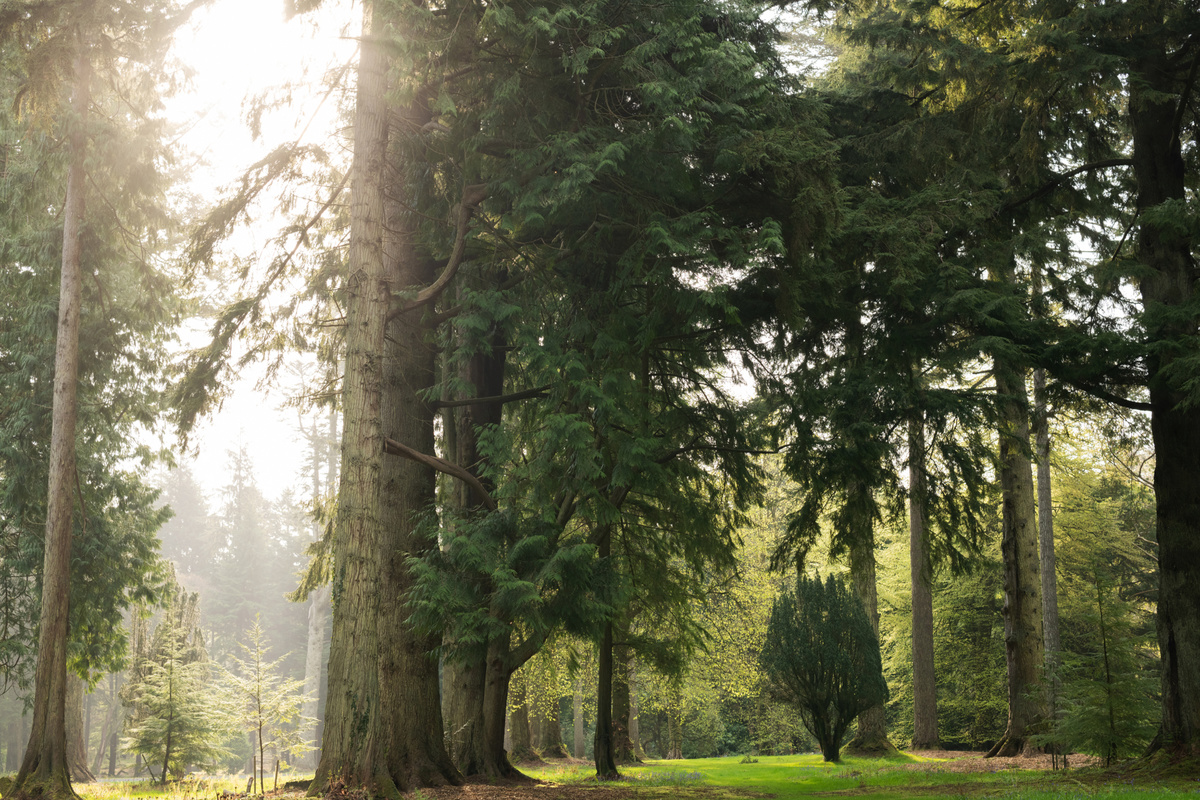 Forever a talking point among visitors, the colours of our champion rhododendrons have peppered the landscape for years. The Rhododendron Arboreum alba is just over 10m high, and is believed to have been planted as far back as 1863. Hailing from India, Bhutan and China, the Snowy rhododendron is another highlight. Flowers bloom in a deep magenta, before eventually fading to a creamy white. 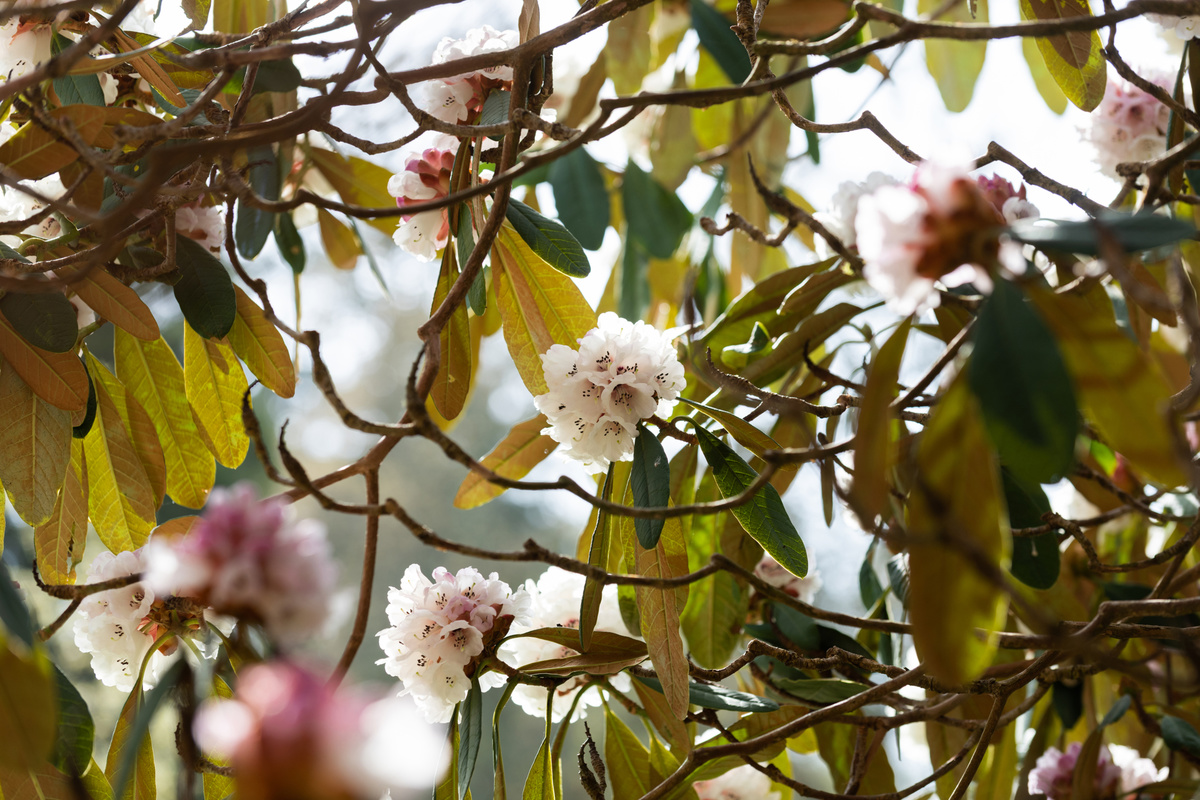 The Manager of the Living Collection

Originating from the Cowal peninsula, or as he refers to it, ‘over the water’ Graham Alcorn has been part of the Horticultural team at Mount Stuart since 1989. He began his career shortly after leaving school in the Botanic Gardens at Benmore, 6 miles north of the town of Dunoon. From Benmore he moved to study at the National Trust for Scotland’s school of gardening at Threave in Dumfries and Galloway.

Soon after finishing 2 years of study at Threave, Graham joined the team at Mount Stuart. Graham’s first role was based in the Rock and Wee Gardens. Within 12 months he was in charge of the propagating and planting of the new conifer conservation Pinetum in the grounds. Since he joined the Trust he has had many roles within the gardens but one thing has remained consistant - his passion for the plants growing in the collection. In 2016 Graham was appointed manager for the Living Collection. 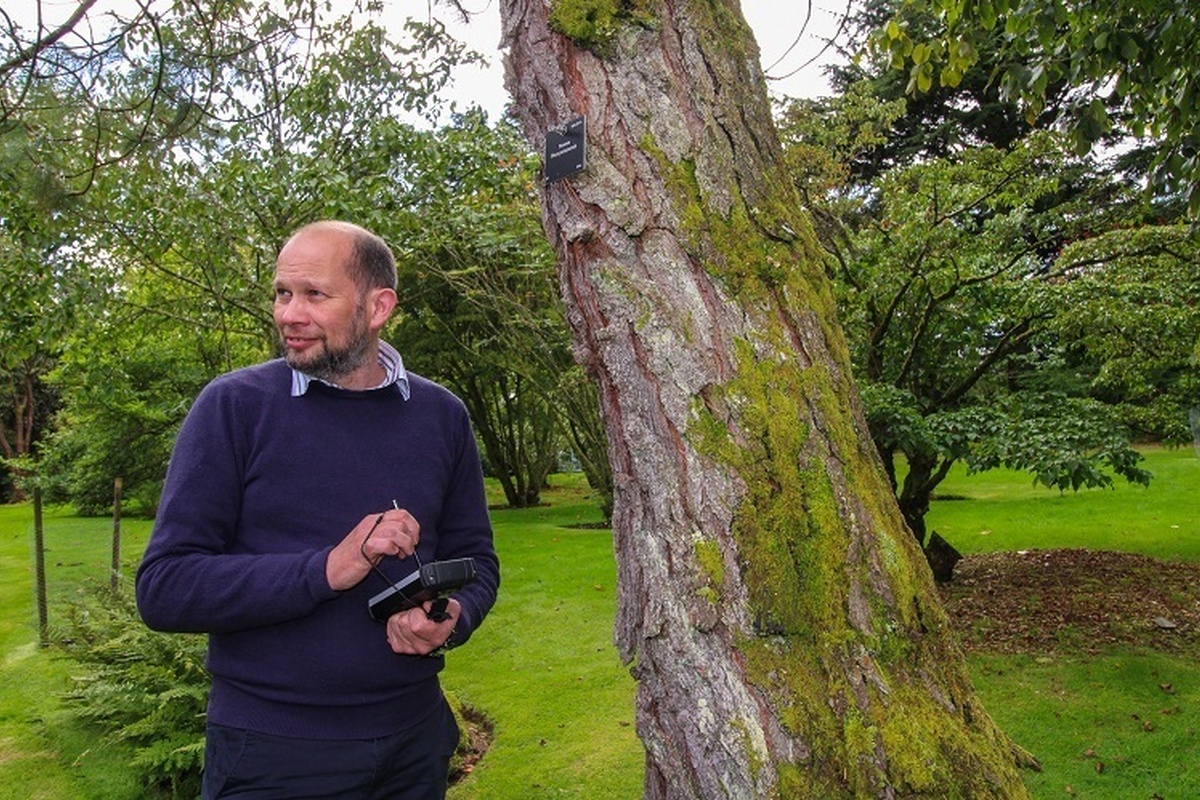 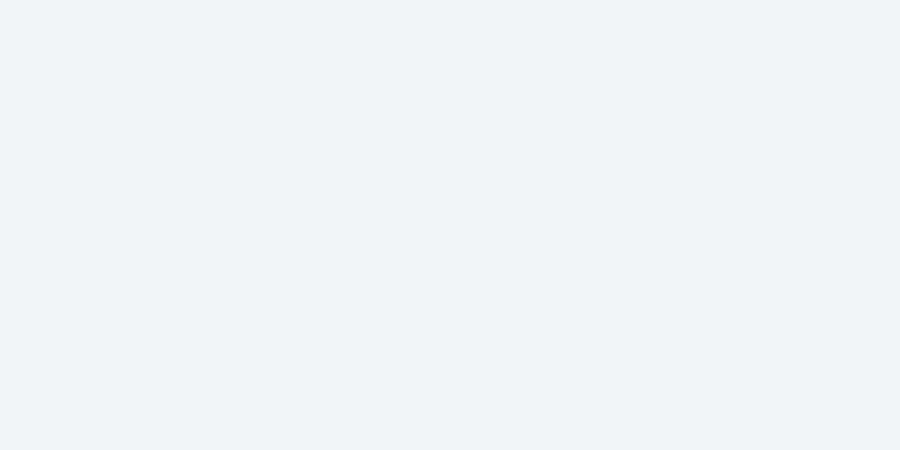 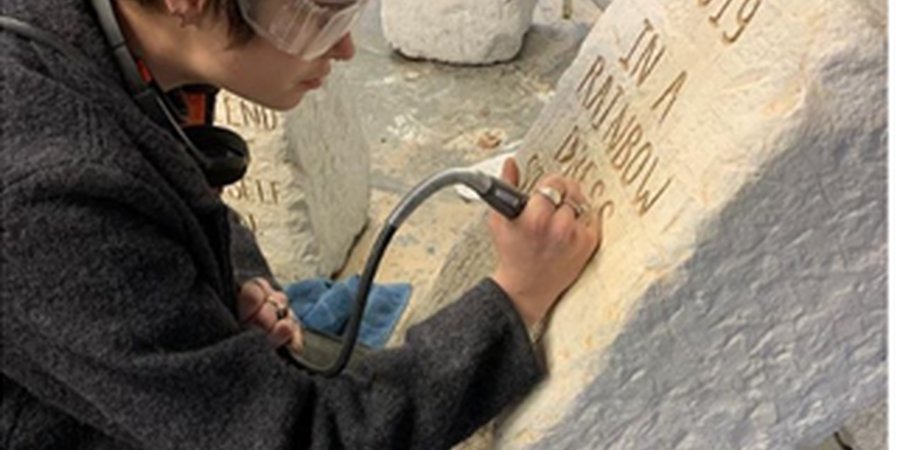 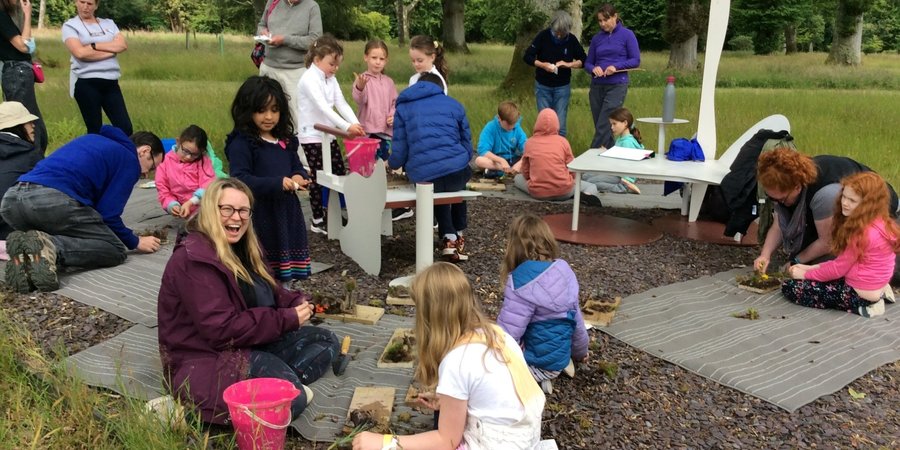 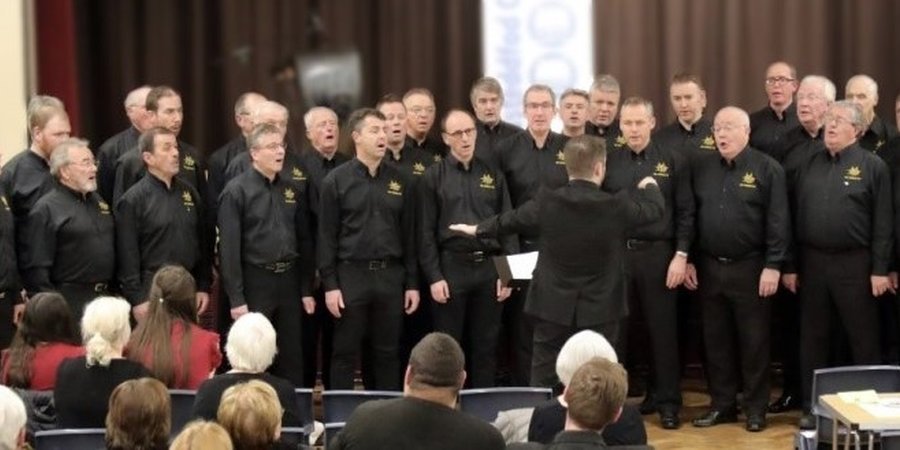