The exhibition references contemplation and exploration through the practice of five artists and collectively brings into focus the intrinsic natural refuge of the 'island' space. This exhibition was co-curated by James Mackay.

Ian Bourn - 'Peninsula'
Peninsula is an ongoing topographic investigation by Ian Bourn. The starting point is a section of frayed wallpaper and skirting in a domestic interior, from which the artist has extrapolated the features of a rocky coastline appearing as if seen from a boat at sea. Repeatedly sketching and painting this 'new and unexplored territory', Bourn's 'approach' is an attempt to bring it into sharper focus, trace its precise contours and project a fuller map of this inner region of his imagination.

Having noticed certain similarities between the glimpsed terrain on his kitchen wall and the volcanic rock formations of the southern tip of the Isle of Bute (both of which have lighthouse structures), Ian Bourn develops the landscape of 'peninsula' by creating a unique video installation specially designed for Mount Stuart and specific to its island location. 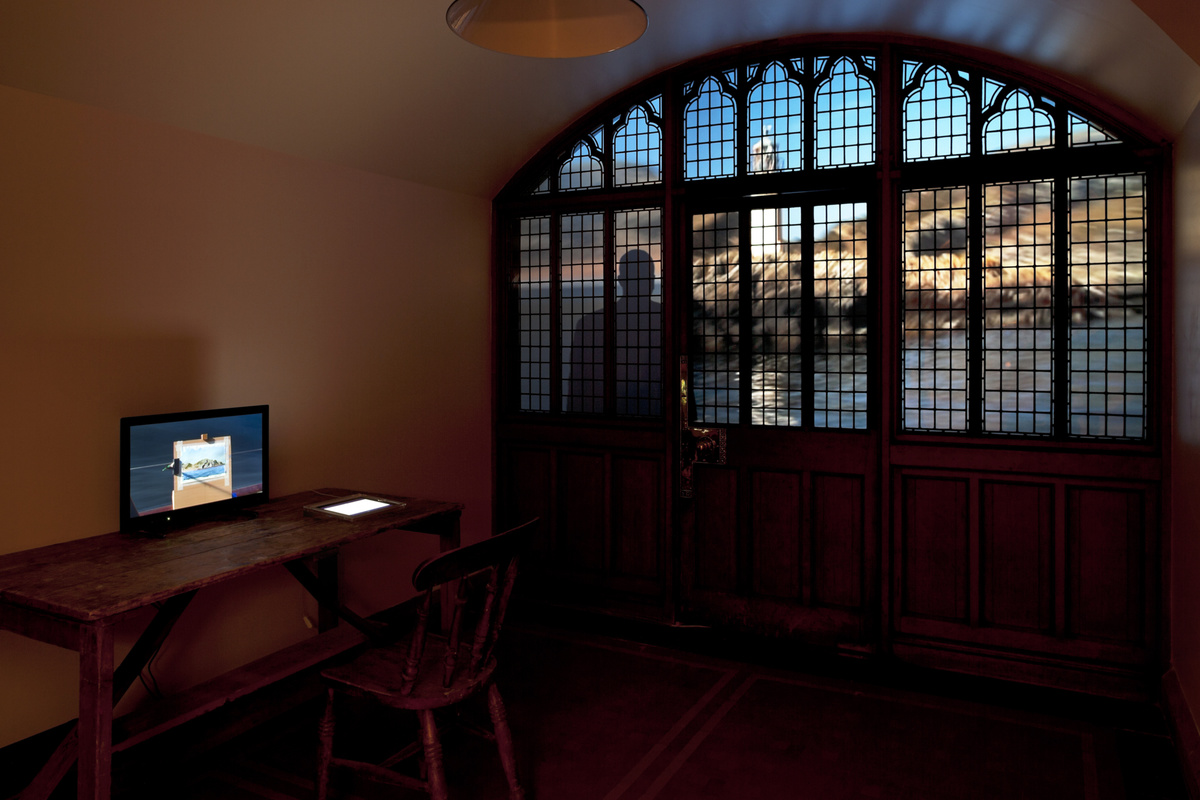 Gill Clarke and Lucy Skaer - 'A Dance of Ownership, a Song in Hand'

A film commissioned by Siobhan Davies Dance, made in 2011 on St Kilda and in Mount Stuart in collaboration with the late dancer and choreographer Gill Clarke. The work is newly edited by Skaer for the location at Mount Stuart.

Beginning from an interest in upset gravity and the body's spontaneous adjustment to chance, Gill Clarke and Lucy Skaer travelled by boat, 40 miles from the west coast of the Outer Hebrides, to the uninhabited island of St Kilda. The resulting 16mm film is also an exercise in chance: the film is double exposed. The first exposure was made on St Kilda, and then the film was manually rewound and reshot in Mount Stuart. The work is inspired by the family's close relationship with St Kilda, which was bought in 1931 (following the 1930 evacuation) by Lord Dumfries, later 5th Marquess of Bute, and subsequently bequeathed in his will of 1956 to National Trust for Scotland. 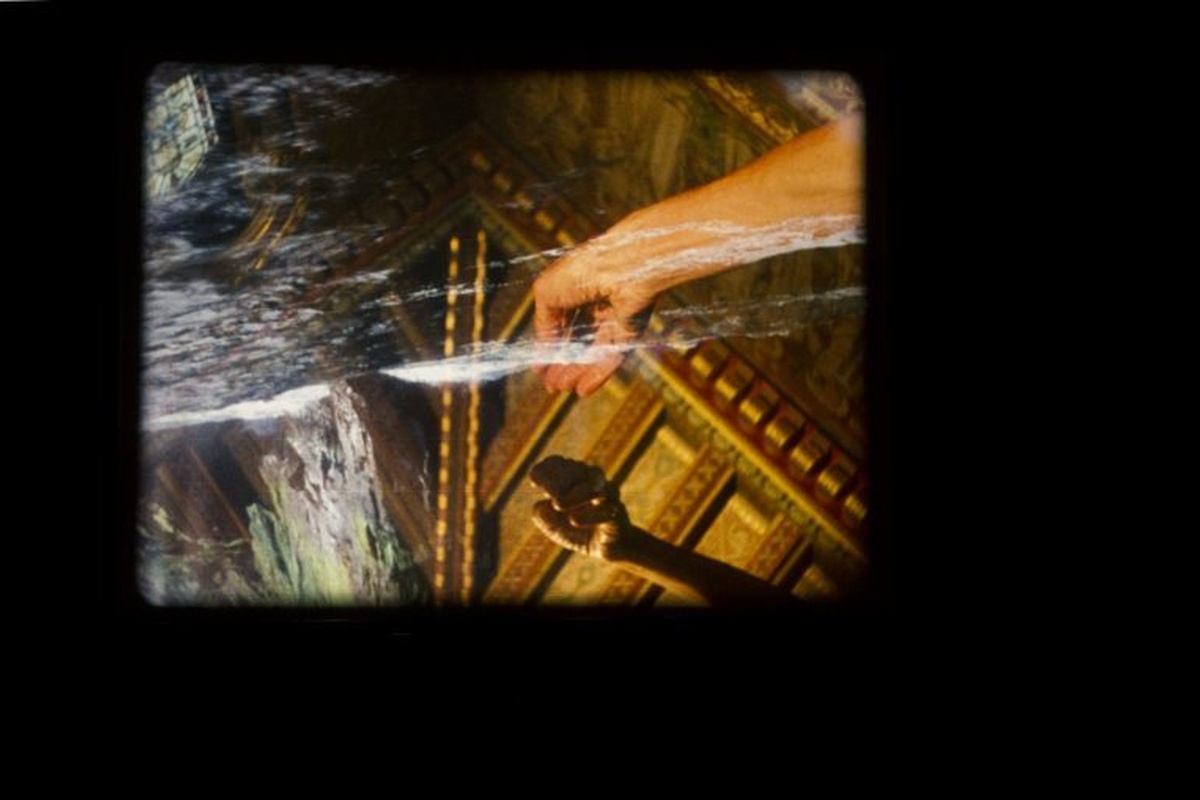 An exquisite portrait of a young girl in the manner of tonal black and white, filmed in 35mm by Billy Williams, BSC Oscar winning cinematographer (who lit such icons as Elizabeth Taylor, Lana Turner and Katherine Hepburn), and reminiscent of the photography of Hollywood stars as well as the faces of Jenny Jones in King's 'The Song of Bernadette' and Dreyer's 'Joan of Arc'.

The film creates a silent translucent image drawing on the paradox between beauty as iconic secular glamour and as religious interiority. The sitter is photographed in soft diffused light. By contrast, the setting of the church is illuminated using hard light to emphasize the distinctive details of a Pugin interior. 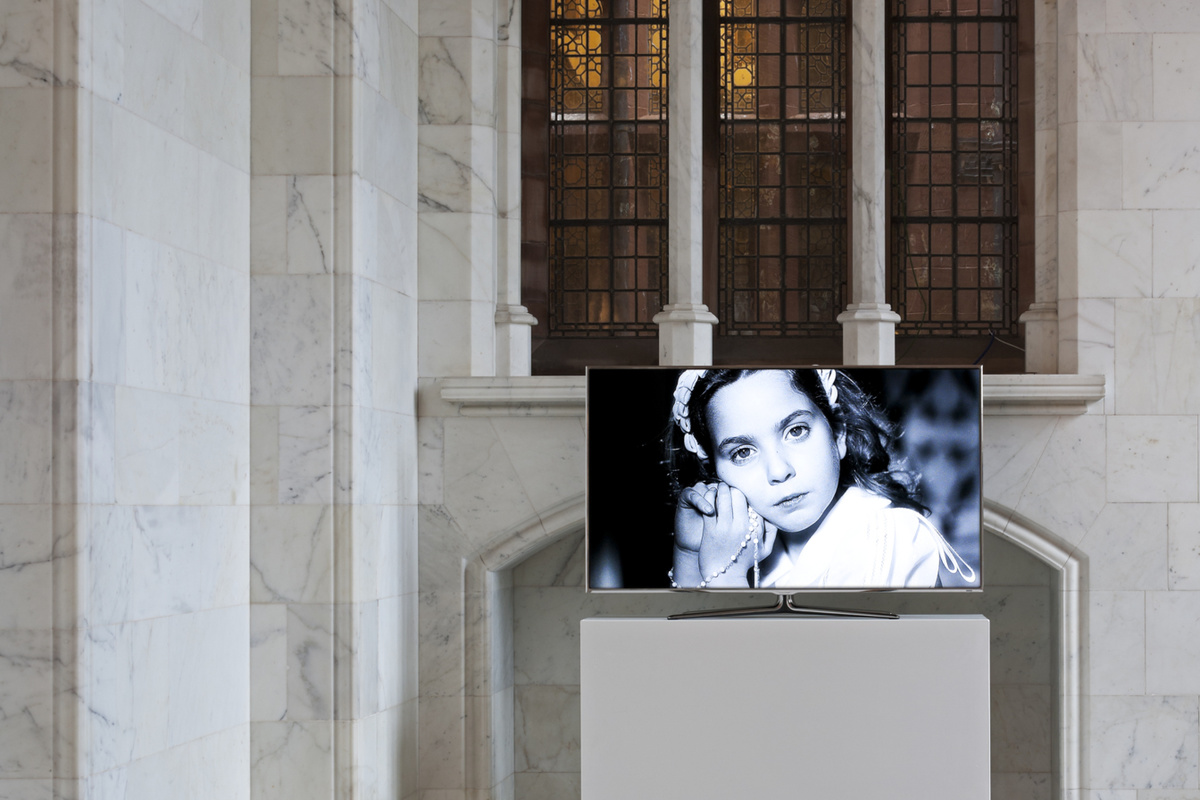 Kate Davis – 'What is the work of love today?'

Inspired by striking documentation which records the brief transformation of Mount Stuart to naval hospital (offering care and sanctuary to military patients during the First World War) Davis has created new works on paper and a sculpture. These works, also reference the American artist Robert Indiana's emblematic 'LOVE' series – artworks, which were initially developed in the 1960s and have since taken multiple forms from large-scale public sculptures to postage stamps.

Davis draws together these differing contexts and moments in an effort to restate the feminist questioning of the so-called 'work of love' today. “How can we continue to reconfigure the largely over-looked role of domestic and public labour, and articulate anew our understanding of often invisible, acts of care and compassion. What could a public and political notion of love look like today?” 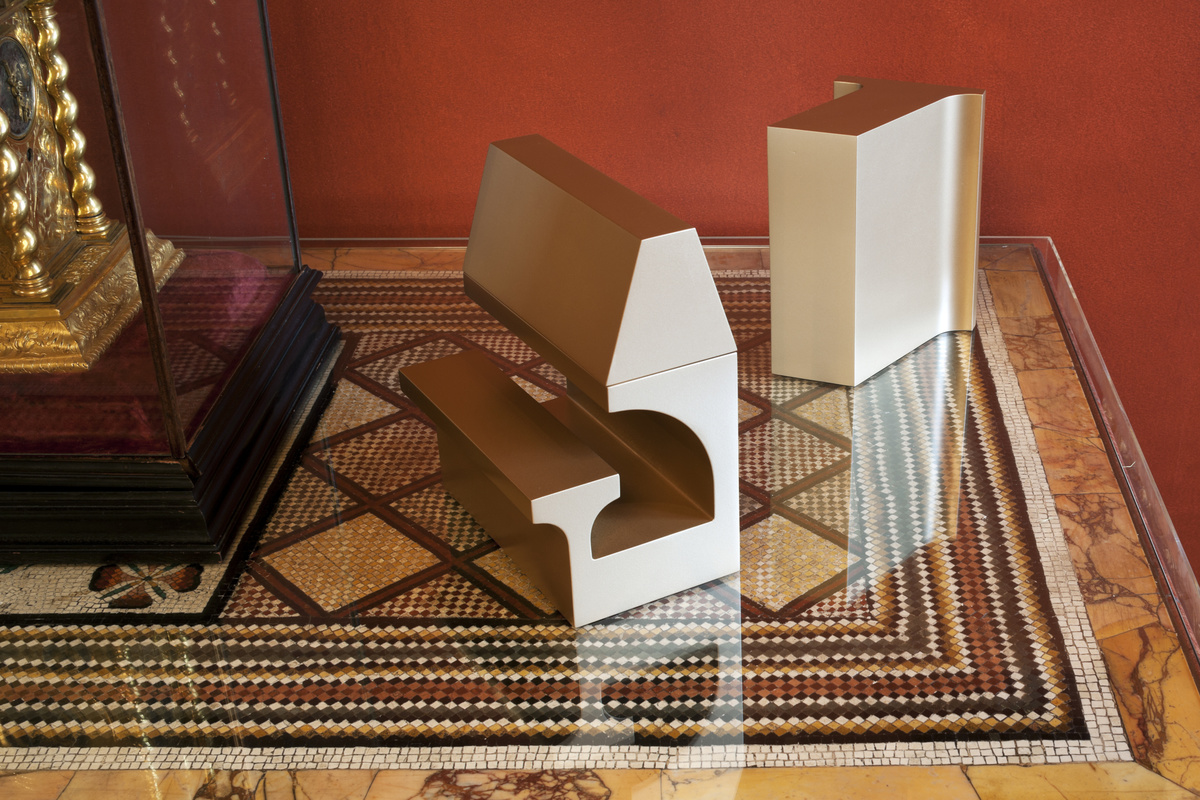